Tan Yew Sin admitted that he had fondled the woman and tried to have sex with her on May 19, 2018. ST PHOTO: KELVIN CHNG

SINGAPORE - A former Grab driver accused of trying to rape a drunk passenger was acquitted of all charges on Wednesday (April 27) after the High Court found that the prosecution failed to prove beyond a reasonable doubt that the woman lacked the capacity to consent.

Tan Yew Sin, 47, admitted that he had fondled the woman, who was then 19, and tried to have sex with her in his Kia Carens in the early hours of May 19, 2018, but said the acts were consensual.

He contested one count each of attempted rape, sexual assault by penetration, and outrage of modesty.

Tan had picked the woman up from a bar at Seletar Aerospace Park, after the woman's friend had booked a Grab car to take her home to a condominium in Jalan Loyang Besar.

Tan testified that they started kissing after he went to the back seat to check the address on her identity card, so that he could dial her unit number on the intercom at her condominium.

She was later found lying in the middle of the road some distance from the condo by another Grab driver, who called the police.

The woman could not remember the events in the car, due to what is known as an alcohol-induced blackout, and thus could not give evidence as to whether she actually consented to the sexual acts.

An alcohol-induced blackout refers to gaps in a person's memory for events that occurred while they are intoxicated. 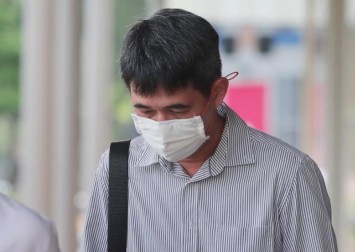 During Tan's trial, experts for both sides agreed that while alcohol affects the ability of the brain to encode memories, a person experiencing such a blackout may still retain the ability to understand the nature and consequences of their actions.

On Wednesday, in clearing Tan of all three charges, Justice Pang Khang Chau cited a precedent case and noted that the mere fact that the woman was intoxicated was insufficient to establish lack of capacity to consent.

What the court needs to determine, he said, is whether the woman had lost the capacity to understand and to decide.

Justice Pang said there were several points that night where the woman had demonstrated such capacity.

First, at the bar, she decided to reject her friend's offer to send her home and repeatedly emphasised that she was okay, to avoid worrying her friend.

Upon arriving at her condominium, the woman told Tan that she was not ready to leave the car. She could also be heard in the audio recording of the in-car camera searching for her wallet in order to pay for the car ride.

At one point in the car, she started saying "no" and pushing Tan's hands away.

After the sexual encounter, when Tan asked if she was okay, she replied yes, before telling him to "just drive".

Justice Pang added that he generally accepts Tan's account of events, which has been materially consistent since the first statement he gave to the police after his arrest.

It is particularly relevant that Tan gave the police statement at a point in time when he could not know that the woman was unable to remember what had happened.

It is also significant that his account is corroborated by audio recordings from the in-car camera, said the judge.

The judge added that Tan genuinely believed the woman had the capacity to consent.

He noted that the audio recording captured Tan telling her "I can't put it in", followed by sounds of shuffling.

"This statement must have been made because the accused believed that the complainant was able to understand what he was saying, and react accordingly and appropriately in a consensual manner to what he said," the judge said.