SINGAPORE - Over more than two years, a dealer at OCBC bank allegedly made numerous unauthorised foreign exchange trades in the bank's system, involving accounts belonging to its clients.

Lu Chor Sheng, 40, formerly a treasury adviser at the bank, is accused of committing 40 offences under the Computer Misuse Act, two other offences involving cheating by personation, as well as five offences related to acquiring, possessing, using, concealing or transferring benefits of criminal conduct.

He pleaded guilty to the charges earlier in October, but is now disputing the amount of losses that the bank had suffered, the court heard on Thursday (Dec 13).

According to earlier court documents, Lu was said to have caused the bank $3.1 million in losses, but on Thursday, his lawyer Ramesh Tiwary said the sum was around $810,000 instead.

Lu had gained $1.2 million from the trades and used them to buy foreign currencies, said the documents.

According to the prosecution, in 2012, OCBC's officers spoke to Lu about his credit status, as he had outstanding credit facilities with other banks and a debt of about $200,000 to $300,000 - accumulated from football betting and other stock investment losses.

To ensure that his job at OCBC was not jeopardised, Lu allegedly placed unauthorised trades in his customers' accounts to earn profits, the prosecution added.

Lu was said to have control of the bank accounts, pre-signed cheques by Mr Tan, and pre-signed letters allowing him to submit instructions on Mr Tan's behalf.

While treasury advisers are allowed to enter foreign exchange trades only when they receive instructions from customers, and must check for existing market rates with bank traders, internal checks showed problems arising from the trades Lu placed.

In one instance in August 2013, an OCBC client had trouble booking foreign exchange trades, as it had hit a limit, despite not knowing it had any existing deals on the facility. When OCBC checked the system, it found three trades placed by Lu under the company's name.

An internal investigation showed that Lu executed close to 200 unauthorised foreign exchange trades in OCBC's system between January 2011 and June 2013, causing "significant losses to the bank". 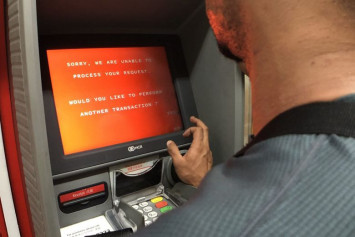 According to the prosecution, Lu was also said to have placed transactions in D2D and Rubik's accounts at off-market rates so they could buy lower and sell higher to generate larger profits - this would not have been possible if he had squared the trades with traders as required.

He was also said to have chosen accounts of customers he had a close relationship with, so he could tell them erroneous trades that would be reversed had been placed in their accounts, court documents show. Believing the accused, customers would ignore confirmation letters they received on these trades.

Lu picked customers who had forward line facilities, giving him flexibility to wait for the market to move to his desired rate before closing off the accounts, court documents said.

Lu was asked to resign from OCBC and left in June 2013, but prosecutors flagged instances of him instigating others to impersonate clients to place transactions since then.

While the defence disputed the losses OCBC suffered on Thursday, Deputy Public Prosecutor Nicholas Khoo asked why this figure was not challenged earlier in October when Lu pleaded guilty and agreed to a statement of facts.

The case will be heard again at a later date.