Iris Koh, founder of anti-vaccine group Healing the Divide, is to be remanded upon her discharge from Singapore General Hospital.

SINGAPORE - Iris Koh, founder of anti-vaccine group Healing the Divide, was hospitalised prior to her court hearing on Friday (Jan 28) that saw her charge amended to a more serious one.

Her request for bail was denied and she is to be remanded upon her discharge from Singapore General Hospital (SGH).

Koh was admitted to SGH after being warded in the Institute of Mental Health.

When contacted, her lawyer, Mr Clarence Lun from Fervent Chambers, confirmed that Koh was in hospital but could not say since when or why she was hospitalised.

He told The Straits Times that they will be appealing against the court’s decision to deny Koh bail.

On Friday, Koh, 46, was charged with conspiring with general practitioner Jipson Quah to make false representations to the Ministry of Health (MOH), an offence punishable by up to 20 years’ jail, a fine, or both.

This is up from the original charge of conspiring to cheat MOH, which would have been punishable with a maximum of three years’ jail, a fine, or both.

According to court documents, between July 2021 and January 2022, Koh was party to a criminal conspiracy with Quah to dishonestly make false representations to MOH that people were vaccinated with the Sinopharm vaccine, when they were not.

This was so that they could obtain certificates of vaccination against Covid-19 for these people.

Her case was heard in Court Crime Registry Chambers, in a hearing not open to the public.

Earlier on Friday, Quah’s assistant Thomas Chua Cheng Soon, 40, had his charge amended to conspiring with Quah and a patient identified as Mehrajunnisha to make a false representation to MOH. 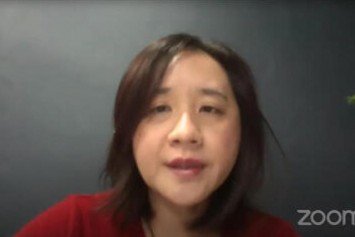 Chua pleaded for leniency and said: "I merely followed the instructions of Jipson to proceed with the offence. I'm just a middleman."

Deputy Public Prosecutor Samuel Yap asked for Chua to be further remanded for a week till Feb 4.

When asked by the judge why Chua's remand needed to be extended, DPP Yap said: "The extent of the fraud perpetrated is quite significant and the accused's attendance is therefore necessary for the investigations to be complete."

The court heard that on or around Jan 14, Chua is said to have conspired with Quah to falsely represent to MOH that Mehrajunnisha was vaccinated with the Sinopharm vaccine, although she was not, in order for Mehrajunnisha to obtain a certificate of vaccination against Covid-19.

On Tuesday, Quah's charge was similarly amended to dishonestly making a false representation to MOH, instead of one of cheating the ministry.

The police on Jan 25 released a statement saying that Quah and Chua had been arrested, along with Koh. Preliminary investigations found that Quah and Chua purportedly worked together to submit false vaccination data, while Koh, 46, was believed to have referred clients to them.

Chua and Koh are scheduled to be in court next on Feb 4, while Quah’s next court date is slated for Jan 31.