SINGAPORE - An Indonesian businessman who was nabbed in Singapore for immigration offences has been repatriated.

Adelin had been a fugitive since 2008, wanted in Indonesia over corruption and illegal logging offences.

In an e-mail update to The Straits Times on Saturday (June 19), a spokesman for Singapore's Immigration and Checkpoints Authority (ICA) said it had on June 14 requested that the Indonesian authorities issue Adelin a travel document to return to Indonesia.

Two days later, in accordance with ICA's established procedure for the repatriation of undesirable foreigners, Adelin reported to the ICA with a confirmed flight ticket to return home on June 18 on a commercial flight, ICA added.

"However, he could not be repatriated as the Indonesian authorities had yet to issue a valid travel document to him," said the spokesman.

The Indonesian authorities issued a valid travel document to Adelin on Saturday, and "on the same day, ICA repatriated Adelin Lis to Indonesia via a commercial flight, in line with its established procedures", the spokesman added.

Adelin, the son of the owner of Mujur Timber, a wood-processing company, was notorious among environmentalists in Indonesia for the destruction of forests in Sumatra.

Read Also
Dickson Yeo, who spied for China, detained under ISA for being threat to Singapore 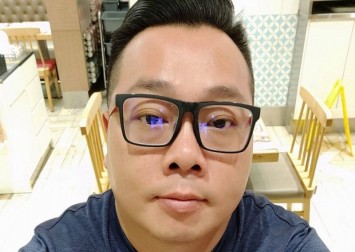 In August 2008, he was sentenced by Indonesia's Supreme Court to 10 years in prison and a fine of 110 billion rupiah ($10 million) for corruption and illegal logging in North Sumatra province.

Adelin pleaded guilty in a Singapore district court to four immigration-related charges. Court documents seen by ST said he had falsely declared in his disembarkation form that he had never used a passport under a different name to enter Singapore.

Eleven other charges, including for using an Indonesian passport with the name "Hendro Leonardi" and a different birth date to enter Singapore, were taken into consideration during sentencing.

The ICA said that it had been engaging with the Indonesian authorities since June 2018 to verify Adelin's identity.

"It was only in March 2021, after several reminders from ICA, that the Indonesian authorities responded to confirm his identity," the ICA spokesman said.