Fulham player Ben Davis, who defaulted on NS, says Thai citizenship is the 'best choice' for him

SINGAPORE - Fulham footballer Ben Davis, who has defaulted on his national service obligations, has opted to represent Thailand instead of Singapore.

In his first comments on the issue, he told Thailand television channel True4U in an interview that was posted on its Facebook page on Monday (Oct 7): "I have decided now. I spoke to my family about my citizenship - I have the options of Singapore, Thailand, Wales and England. Now, I have decided to choose Thailand.

"I think this is the best choice for me. Thai football has a bright future and a chance to succeed. My parents also support my decision to the fullest.

"At first, my dad wanted me to play for Singapore, but for some reason, it did not happen. My mother is also very pleased that I have been given this opportunity."

The 18-year-old was born in Phuket to a Thai mother and an English father and moved to Singapore with his family at age five before becoming a citizen four years later.

Earlier in his football career, he had represented Singapore at the Under-16 and U-19 levels, and received a call-up to the senior national team in March last year. But he was not fielded for the games against the Maldives and Chinese Taipei.

Four months later, he signed professional terms with Fulham, where he had been on a scholarship since July 2017, becoming the first Singaporean to do so with a top-tier English club. The following day, the Ministry of Defence (Mindef) announced the rejection of his application for long-term NS deferment. 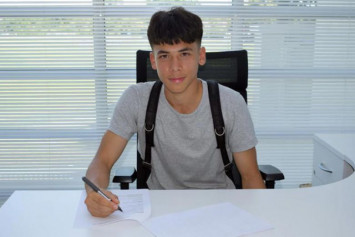 The decision sparked a debate among the sporting fraternity and the general public about issues such as maximising sporting talent and the need to maintain Singapore's security.

The first was that he was playing as an English national - as listed on Fulham's website.

The second was that his father Harvey had "consistently refused to indicate" when his son would return to do NS, if deferred. The senior Davis said this was because there are "a lot of variables all dependent on his development and progression".

Third, Mindef said the senior Davis indicated that Ben would still sign the contract with Fulham if deferment was not granted - as he did - and would consider the option for his son to renounce his Singapore citizenship in order to pursue his career.

In February, Mindef confirmed Davis did not report for NS as required and had thus defaulted on his NS commitments. It added that he is also staying overseas without a valid exit permit. As such, he is liable upon conviction to a fine of up to $10,000 and/or imprisonment of up to three years.

On Sept 28, The Straits Times reported that the player had been called up to Thailand's provisional 28-man squad to take part in the Nov 30-Dec 11 SEA Games in the Philippines.

Read Also
Joseph Schooling's advice for Ben Davis: Follow your heart and decide what's the best plan for yourself 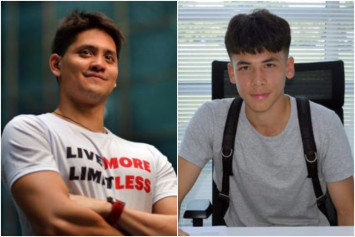 He is the youngest player in the squad, and the only one based outside Thailand. The SEA Games football competition is an Under-22 tournament, with two over-aged players allowed.

While Davis did not address the NS issue in the interview with True4U, he did talk about his football ambitions at club and international level.

He made his first-team debut for Fulham as an 89th-minute substitute in a 1-0 League Cup defeat by Southampton in August but generally plays for the Cottagers' U-23 team in Premier League 2 Division 2.

He said: "The Thai Football Association has given me a chance and I will do my best to pay back.

"My dream is to play in the world's top leagues, including the Premier League, La Liga and most importantly the Champions League."