Fully cashless public transport system may not be implemented by 2020

The move to go fully cashless was announced by the LTA and subsidiary TransitLink in August 2017, in line with Singapore's Smart Nation push.

SINGAPORE - The change to a fully cashless public transport system may not kick in by 2020.

Based on a report in Chinese language paper Lianhe Zaobao on Sunday (May 19), the move may not be implemented by next year due to commuters' concerns, especially among the elderly.

The move to go fully cashless was announced by the Land Transport Authority (LTA) and subsidiary TransitLink in August 2017, in line with Singapore's Smart Nation push.

Then, it was reported that by 2020, all ticketing machines at MRT stations will accept only cashless top-ups such as Nets, and debit and credit cards.

In response to queries on Sunday, a LTA spokesman said that a "progressive and calibrated approach" to the transition towards a fully cashless system would be adopted to meet commuters' needs.

Read Also
Smart Nation: PM Lee taught his father to use the computer 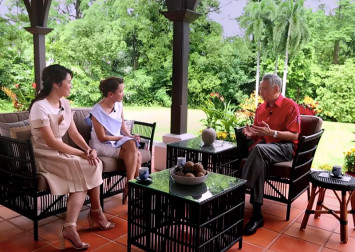 LTA did not specify if there will be a change in the original target for a fully cashless system by 2020.

But it said in its statement that it aims to make e-payment modes so convenient that cash top-ups and payments become the less preferred option.

Commuters in Singapore will have a range of e-payment choices for public transport fares under SimplyGo by 2020, and more e-payment-friendly ticketing machines will also be rolled out in the future as e-payment becomes the preferred mode of payment, LTA said.

In addition, the authority has called a tender to appoint a contractor to design and supply new transit ticketing machines to replace the current General Ticketing Machines (GTMs), which were installed in 2002.

The specifications of the new machines will only be confirmed after the design is finalised, and the replacement exercise is expected to commence in 2021. There are currently about 470 GTMs.

ALSO READ: LTA welcomes redesigned map from architect, will unveil its own version later this year

Cash top-up services at passenger service centres of train stations were phased out completely between September 2017 and March 2018.

The LTA spokesman said that as of March 2019, 41 per cent of all top-up transactions were made using e-payments, as compared to 31 per cent in September 2017.

LTA's SimplyGo system, which allows commuters to pay for trips on trains and buses by tapping their contactless credit cards or mobile phones, will be extended to Visa card users from June 6. It was rolled out to Mastercard users on April 4.

SimplyGo links a user's credit or debit card to the transport providers, eliminating the need for top-ups.