GE 2020 explainer: What's next after Parliament is dissolved?

President Halimah Yacob dissolved Parliament today (June 23) and this means that the general election is impending. Here's what you can expect in the weeks ahead:

The President of Singapore dissolves the Parliament on the advice of the Prime Minister.

The President issues a Writ of Election to the Returning Officer, specifying the date and place of the nomination of candidates. This year's Returning Officer is the National Environment Agency chief executive officer Tan Meng Dui.

Prospective candidates must file their nomination papers with the Returning Officer at the Nomination Centre from 11am to 12pm. This is when the public will know the final line-up of candidates for all constituencies.

If more than one candidate or group is nominated in a constituency, they will be considered up for polling. The Returning Officer will then issue the Notice of Contested Election, which will contain the polling date, candidate information and the location of polling stations. 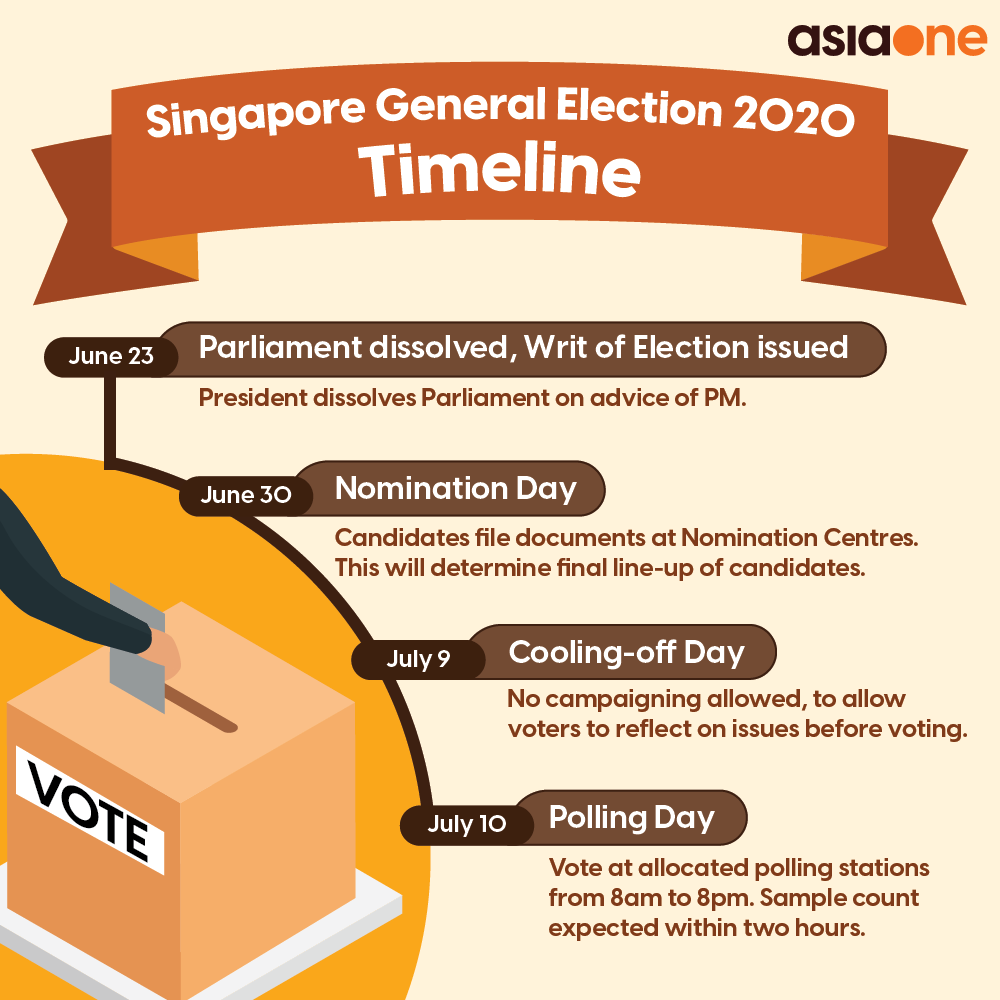 Candidates can start campaigning after the Notice of Contested Election has been issued. Campaigning begins on Nomination Day and lasts for a minimum of nine days.

This is the eve of Polling Day and all campaigning is prohibited on this day.

Voters can cast their votes at their allocated polling stations and it is mandatory for Singaporeans to vote.

A sample count will be released at the start of the counting process. Once the votes have all been counted, the Returning Officer will announce the final election results on live television.

Are you a first time voter or perhaps just not all too familiar with what happens during a general election? Click here to read everything you need to know about GE2020.