Yesterday (July 7), Pink Dot asked their audience on Instagram which election candidates the millennials and Gen Z "stan" — in other words, who are popular with the youths.

They came up with a list of 12 candidates from various political parties, including the Workers' Party's Jamus Lim and the People's Action Party's (PAP) Poh.

Read Also
GE2020: PSP says they won't object repeal of Section 377A, but there's more to the 'proxy combat zone' 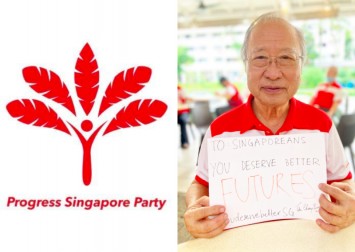 The non-profit movement, which started in 2009 to support the LGBT community in Singapore, had tagged the candidates in their post so that people would be able to learn more about their views.

However, users noticed that both Poh's and fellow PAP candidate Carrie Tan's accounts were untagged from the post.

Pink Dot responded: "We did not untag Carrie Tan or Poh Li San, not very sure why the tag is gone. But we can't seem to view or tag Poh Li San's account either anymore."

The reply sparked speculations by commenters who wondered if the candidates had untagged themselves, deleted their accounts or even blocked Pink Dot on the social media platform.

On one of Poh's Instagram posts, users also questioned her regarding the issue.

The 44-year-old explained that she had been sleep-deprived these few days while clearing emails in the "wee hours" and might have accidentally blocked Pink Dot's account. She has since unblocked the account.

Poh will be contesting in Sembawang GRC, together with Ong Ye Kung, Vikram Nair, Lim Wee Kiak and Mariam Jaafar.