SINGAPORE - Prime Minister Lee Hsien Loong on Tuesday (June 23) said he has decided to call the general election now, while the Covid-19 situation is relatively stable, to "clear the decks" and give the new government a fresh five-year mandate.

In a televised address to the nation, Mr Lee set out why he has advised President Halimah Yacob to dissolve Parliament and issue the Writ of Election. A Writ of Election, which specifies the date of the polls, is expected to be issued shortly.

After the election, the new government can focus on the national agenda - which include handling the coronavirus pandemic, the economy and jobs - and the difficult decisions it will have to make and to carry, he said.

The alternative is to wait out the pandemic, he said, noting however that there is no assurance that the outbreak will be over before the Government's term ends next April. Experts say a vaccine will not be available for at least a year.

This general election will be like no other that Singapore has experienced, he said, not just because of the special arrangements to deal with Covid-19, but also the gravity of the situation and the issues at stake.

"The government that you elect will have critical decisions to make," Mr Lee said. "These decisions will impact your lives and livelihoods, and shape Singapore for many years to come, far beyond the five-year term of the next government."

The Prime Minister noted that under the Constitution, the term of the 13th Parliament must end by January next year, and the election held by next April at the latest.

GE2020 will take place in phase two of Singapore's reopening after a two-month circuit breaker that was imposed to curb the spread of the coronavirus.

Mr Lee said he had to be certain of two things before calling the election - that voters can vote safely, and political parties can campaign effectively.

"After studying the issues, I am satisfied that both of these can be done," he added. 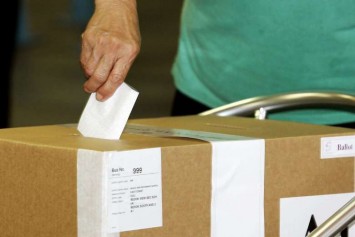 Additional precautions will be in place on Polling Day, he noted, including more polling stations to reduce crowding, specific time slots for voting and safe distancing measures.

Election candidates can still go on walkabouts, livestream e-rallies and get more opportunities to speak directly to the electorate on TV in lieu of physical election rallies.

Mr Lee made the point that Singapore is not the first to hold an election during the Covid-19 pandemic - South Korea, Taiwan and several European countries have done so.

"With our arrangements and precautions in place, I am confident we can hold a proper and safe election," he said.

Addressing the Covid-19 pandemic during the speech, Mr Lee said the Government has been fully occupied with the Covid-19 outbreak since the beginning of the year.

It quickly grew into a global crisis, killing nearly half a million people worldwide and disrupting the lives of countless more. Singapore imposed a two-month circuit breaker when the number of coronavirus cases here spiked, he said, and "made strenuous efforts to care" for migrant workers - who account for the vast majority of cases here.

He added that steady progress has been made in the dormitories, though it will take a few more months to resolve the problem. New community cases have come down sharply as well, and, most importantly, the number of fatalities has been kept low.

The pandemic has also caused a deep economic crisis, which Singapore has sought to mitigate through "massive fiscal action", he said, pointing to the how the House has passed four Budgets amounting to nearly $100 billion in support measures.

These decisive emergency actions have kept retrenchments and company closures low, and helped Singaporeans take care of their families and see through the immediate crisis, he said. 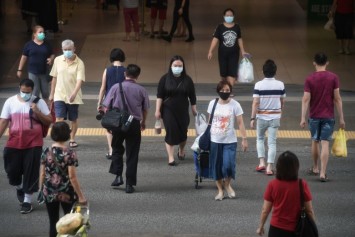 But while Singapore is now in a stable position after great effort, a long struggle lies ahead, he cautioned.

Many other countries, including South Korea, China and Germany, have successfully brought their cases down, only to experience fresh outbreaks after opening up again, he added.

And Singapore has not yet felt the full economic fallout from Covid-19, he said, warning of more business closures and retrenchments in the coming months.

But the Government is determined to save as many jobs as it can, create new jobs and help businesses survive and restructure, Mr Lee said.

Singapore faces external uncertainties as well, he noted, citing tensions between the United States and China, border clashes between China and India, as well as political developments in Southeast Asia.

Diplomatic skills, and a deft touch, are needed for Singapore to navigating safely through these challenges and protect its national interests, he said.

"To overcome these challenges, we must stand completely united as one people. Singaporeans and the Government must work closely together, with full trust and confidence in each other.

"The Government must be able to respond promptly and decisively to the Covid-19 outbreak and the economic situation, and to external developments.

"We need a capable Government, with the strong backing of the people, to do all that needs to be done on your behalf, and see us through the tumultuous times," he said.

The prime minister noted that during the election period, the Government will continue to govern, and the ministerial task force will still lead Singapore's response to Covid-19, and essential work will go on throughout.

"Soon, you will have the chance to decide whom to entrust with the responsibility of working with you to take our country forward," Mr Lee said.

"I have every confidence that you will think carefully, and vote wisely, to secure our lives, our jobs, and our future."