As political campaigning wound down before Cooling-Off Day, a picture went viral on social media — a photo taken near Sengkang MRT station that showed Workers’ Party (WP) candidates in Sengkang GRC squatting down to speak to an elderly man in a wheelchair.

In the same image, People’s Action Party (PAP) representatives are spotted looking away, presumably ready to pass out party pamphlets to passers-by. 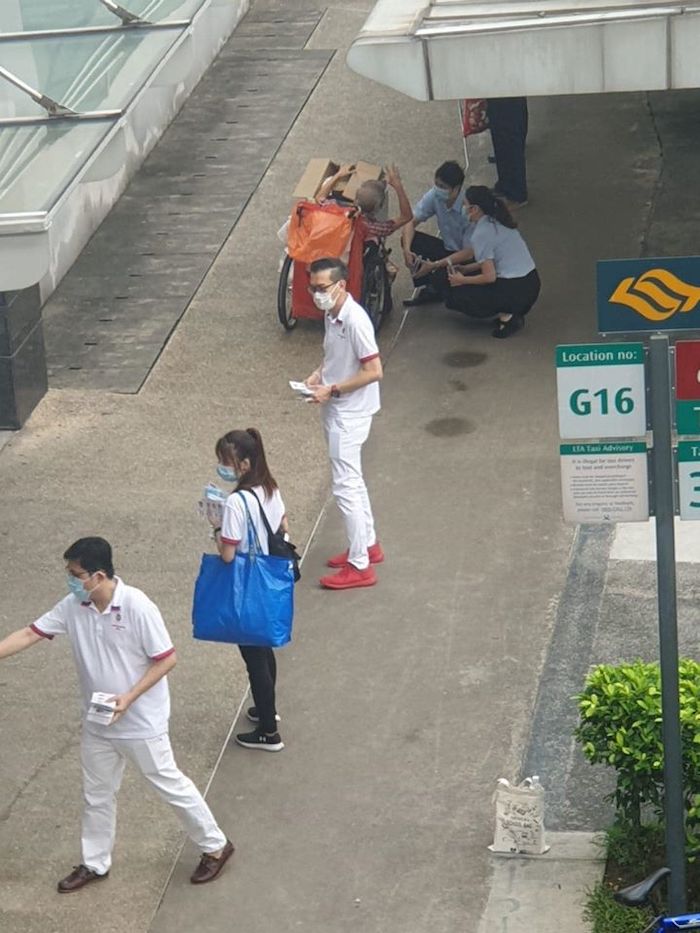 Posted on the SG Opposition Facebook group, the uploader simply captioned the photo: “Picture has a thousand words [sic]”. Before it was taken down, the post had already garnered over 8,000 shares.

Though the Facebook user might have implied that the WP team was exhibiting more empathy than their political opponents, other pictures taken of the same scene from different timings and angles painted a different story.

𝗙𝗬𝗜... For the anti-PAP mob who are now going the angle of PAP-team-did-not-go-down-the-old-folk-level, have a look at...

He Ting Ru, one of the WP candidates contesting in Sengkang GRC, also offered more context of their interaction with the man in a wheelchair.

According to her Instagram Story, she and fellow candidate Jamus Lim got to know that the man “had fallen on hard times but wanted to encourage [them]”.

It was revealed that he was collecting cardboard boxes to keep himself going. As the WP team passed him some of their empty apple carton boxes, the man said that he wanted to offer a donation. It was an emotional moment, He shared.

“We told him to please take care of himself, but I almost cried on the spot,” she wrote.

“This truly is what it means to love Singapore.” 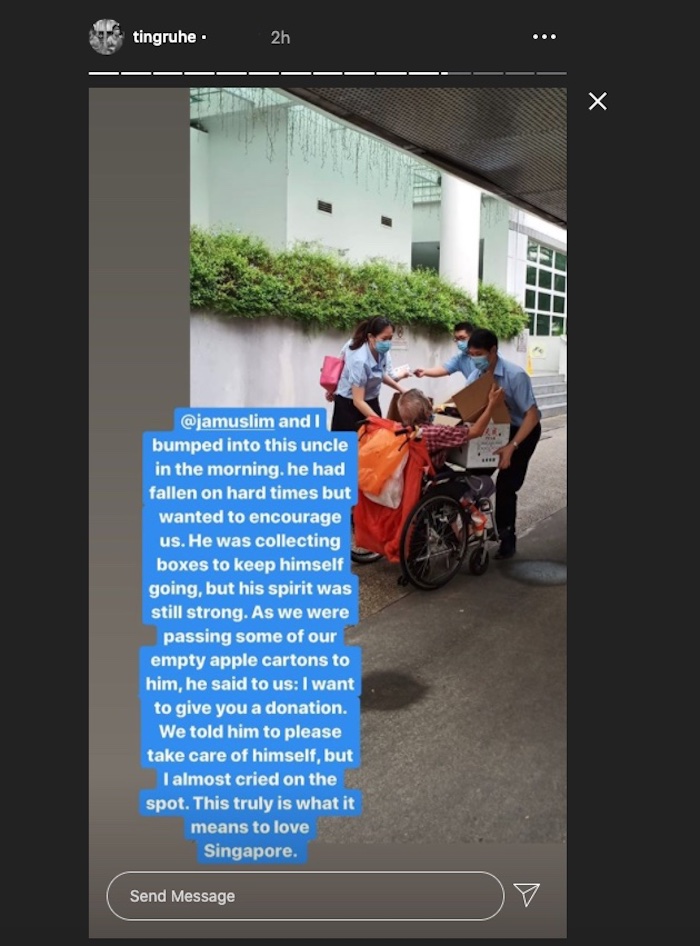