After the incident, all height-based activities in schools were suspended.

SINGAPORE - A primary 4 pupil from Concord Primary School in Choa Chu Kang fell while doing a zipline activity in the school in February last year, the Ministry of Education (MOE) said in response to queries from The Straits Times.

MOE on Tuesday (Feb 9) added that "the school had rendered full support to the student and family for her medical treatment and return to school".

After the incident, all height-based activities in schools were suspended and the suspension was extended till January owing to the Covid-19 situation.

The instructor in last February's incident was also removed from MOE's registry and has been suspended from offering services to all MOE schools.

MOE's spokesman said: "The safety of our students is of utmost priority to us and we view these incidents very seriously. Following the incident, we reviewed our processes and implemented additional protocols to enhance safety for zipline activity."

Such protocols include having an additional instructor to check that everything is in accordance with the safety checklist before a participant is allowed to get on the zipline.

The updated protocol came into effect on Jan 5 and was issued to schools that have zipline systems.

In addition, schools must ensure that the instructors have the relevant certifications before hiring vendors for such activities.

Schools also need to have at least one certified person on site to handle rescue situations when necessary. Such qualifications would include the Outward Bound Challenge Course Instructor Level 2 (valid only at MOE facilities), Association for Challenge Course Technology Level 2 Full Certification or equivalent documented Challenge Course rescue and certification. 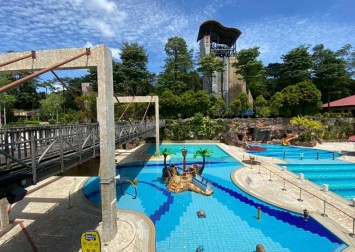 Earlier this month (Feb 3), a 15-year-old student from Anglo-Chinese School (Independent), Jethro Puah, died after an accident at Safra Yishun

The police said the student lost his footing during a high-element activity at about 2pm on Feb 2 and was "suspended by the safety harness" in mid-air.

He lost consciousness while suspended in the air, and paramedics from the Singapore Civil Defence Force tried to resuscitate him at the scene before taking him to Khoo Teck Puat Hospital, where he died the following morning.

All schools have suspended outdoor activities involving heights with immediate effect from Feb 4.

#Education and Schools #Ministry of Education