SINGAPORE - Low income families and senior citizens in the Bedok and Jurong East areas will be able to get subsidised private-hire car rides to medical appointments under a new scheme, Speaker of Parliament Tan Chuan-Jin announced on Saturday (July 28).

The SG Cares-Gojek Medical Transport Subsidy Scheme was announced by Speaker of Parliament Tan Chuan-Jin on Saturday (July 28) at a National Day dinner event for the Kembangan-Chai Chee ward of the Marine Parade GRC, where he is an MP.

The scheme is a collaboration between SG Cares - a national initiative to build a more caring and inclusive society - and Indonesian ride-hailing giant Gojek, as well as other volunteer centres, community groups and social service agencies.

The transport subsidies are aimed at what SG Cares described as a "key problem" of an ageing population, many of whom regularly need to go for medical check-ups or procedures, but are constrained by mobility limitations.

The scheme will be administered by two volunteer centres - Loving Heart Multi-Service Centre and Filos Community Services - in partnership with other community organisations, SG Cares announced on Saturday.

No further details were provided. 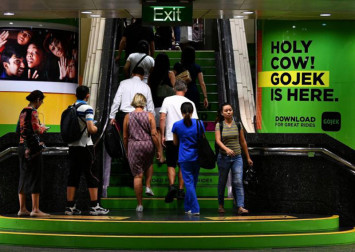 Mr Tan said grassroots organisations should explore new ways of work together with corporations and social services agencies to benefit the community.

"Our existing community initiatives are only possible with the support of the strong community networks within Kembangan-Chai Chee comprising various stakeholders from the public, private and people sectors," he said.

One example he pointed to was the 100=50 project, a collaboration between volunteer group Heartwarmers and retailer Sheng Siong which provides groceries to beneficiaries at half price.

The initiative is aimed at giving Gojek drivers the opportunity to help those in need and do their part for the community, said Gojek Singapore general manager Lien Choong Luen.

" As we double down on community efforts here, we look forward to playing a bigger role in making Singapore a caring, more gracious and inclusive society."