Gojek steps up fraud prevention measures to clamp down on 'middlemen'

SINGAPORE - Ride-hailing firm Gojek says it has taken steps to tackle the problem of fraudulent rides being offered through its platform, and will continue to strengthen its fraud prevention mechanism.

Gojek said on Wednesday (June 19) that police have been investigating the issue since a report was made last month, adding that both the Indonesia-based company and the police have taken "significant actions" against unauthorised middlemen who have been offering cheap rides in Singapore.

The Straits Times reported on Monday how at least two dozen "middlemen" have been actively offering rides on the SG Hitch Telegram group, which has about 18,700 members.

The middlemen approach passengers in a private chat, offering fares up to 75 per cent cheaper than those stated on the official Gojek app, in response to ride requests posted in SG Hitch. 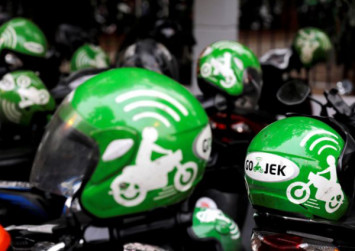 After a deal is agreed, they send a screenshot or link to an official booking confirmation then handle the payment to Gojek either via credit or debit card, with passengers transferring the discounted fare to the middle men after the ride.

The drivers, unaware that another party is involved in the transaction, have their commission calculated based on the original fare.

Experts believe that the middlemen could be paying for the rides using stolen credit cards or be involved in a money-laundering scheme.

Gojek said it is looking into the fraudulent rides, which are being facilitated over WhatsApp, Facebook and Telegram.

The firm has also strengthened its fraud prevention mechanisms and put in place additional checks.

"We do not work with third-party vendors to facilitate ride bookings or subscription plans with flat fares," said Gojek.

"We actively discourage riders from taking such rides, as this activity is potentially unsafe and may be against the law."

Experts say a compromise of the Gojek app could also be behind the scam.

Veteran criminal lawyer Amolat Singh said that if crime is behind it, the middlemen could face cheating, corruption or computer misuse charges.

But it would be a grey area as to whether passengers are breaking the law by taking the fraudulent rides, even if they know the rides were funded by ill-gotten means.

Mr Singh said this is because the Penal Code covers the offence of receiving stolen property but not services, which a Gojek ride would fall under.