SINGAPORE - Deputy Prime Minister Heng Swee Keat has set out how his generation of leaders plans to take Singapore forward, saying the Government will partner Singaporeans in new ways to design and implement policies together.

Beyond doing so, the Government will work with Singaporeans to create a shared future where everyone will have a part to play, he said on Saturday (June 15) at a dialogue on building the country's future together.

With Singapore in the midst of a leadership transition, Mr Heng - the leader of the ruling People's Action Party's fourth-generation leadership team - sketched out for the first time in detail the approach his 4G team will adopt to govern the country in a more challenging environment.

Constructive politics and unity remain critical as Singapore becomes more diverse in terms of its needs and views, and as the country navigates serious challenges ahead such as the shifting global order and changes brought about by technological advancements, he said. 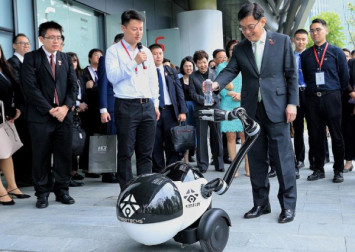 Mr Heng, who is also Finance Minister, noted that each generation of leaders has to earn the right to lead by itself.

"I know, and my colleagues know, that we have to earn your trust," he said to the 400 people attending the dialogue organised by government feedback unit Reach and CNA.

"I mean to do so by working with you, for you, for Singapore," he said. "These words express our deep-seated beliefs, the reasons why we decided to enter politics."

Mr Heng recounted how founding prime minister Lee Kuan Yew and his team earned the trust of the people the hard way, "by trusting them with the hard truths and leading from the front".

The bonds of trust between the founding generation of leaders and Singaporeans were forged in battle, he said.

Manpower Minister Josephine Teo will launch a citizens' panel to improve work-life harmony, in a series of initiatives by the Government to work in partnership with Singaporeans. 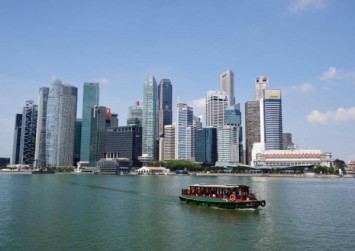 But as the country developed, Singaporeans came to feel a greater sense of ownership and wanted a stronger say in how they were governed, he added.

And as society matured, successive generations of leaders had to win the hearts and minds of Singaporeans in their own way, in accordance with the tenor of the times, he said.

Prime Minister Lee Hsien Loong took this further with a more inclusive style of governance when he took over, Mr Heng said.

But even as the style of governance changed, a few constants ran through successive generations of leaders, he noted.

First, winning and retaining the trust of Singaporeans. Second, explaining the trade-offs and challenges, and telling people the truth even on difficult matters such as population, tax or housing leases.

"I believe that trust between the people and the Government is absolutely essential. And the best way to win your trust is to first trust you with the truth - no matter how hard or unpopular," Mr Heng said. 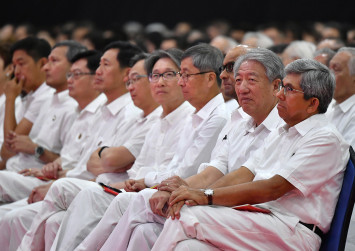 The Deputy Prime Minister shared how engagements that the 4G team has held, such as the "Our Singapore Conversation" series, have crystallised their goals.

In areas such as national security and foreign policy, the Government will continue to lead decisively "with clear-eyed realism", he said.

But in many other areas, there is plenty of room to debate, deliberate and establish partnerships with Singaporeans, he noted.

On partnering Singaporeans in new ways, he said the Government will find new ways to tap ideas and perspectives.

He cited how Second Minister for Finance and Education Indranee Rajah is leading a task force that works with community support groups to help disadvantaged children.

Manpower Minister Josephine Teo will soon launch a citizens' panel to look at ways to improve work-life harmony, he announced.

The 4G team will work hand-in-hand with the people to design and implement solutions across a wider range of issues and policy areas, he said, including environmental sustainability and housing.

Mr Heng said he welcomed all groups and individuals to join these efforts. "We may have different views but so long as you have the good of Singapore at heart, we can work together," he added.

He highlighted the importance of enlarging and safeguarding common space, and building trust among communities.

"This can only happen if we keep an open mind," he said. "Look at issues not just through our own lens, but also the perspectives of others. Recognise that other viewpoints, even if they are not in line with our own, may be just as valid, and that not all our ideas can be taken on board wholesale or even accepted."

He added that the Government must also be prepared, if necessary, to step in if particular groups pursue agendas in ways that divide society or impede the good work of other groups.

"Otherwise, we will run the risk of alienating other Singaporeans, especially those who are unable to organise or speak up for themselves," he said.

Mr Heng added that the 4G leaders will engage people in the coming months, and touch on four themes for a start: How to remain a resilient nation in the face of major developments, how to remain a city of possibilities, how to build a society with more opportunities for all, and how to build an even more caring, gracious and cohesive community.

All these will be the work of a generation, he said, noting that it will be a learning process for all and partnerships cannot be expected to proliferate overnight.

"This is how my team and I will take Singapore forward - by charting our future together, levelling with you, expanding the common space, and journeying towards a better future," Mr Heng said.

"This is how we will build a society where every Singaporean has a strong sense of belonging, and a part to play in building our shared future together."