The increase in proportion of Indian EP holders has been driven by the growth of Singapore's digital economy, rather than the result of more favourable treatment, said Mr Tan See Leng.

SINGAPORE - The proportion of Employment Pass (EP) holders from India doubled to 26 per cent last year, from 13 per cent in 2005.

This was driven by the rapid growth of Singapore's digital economy, rather than the result of more favourable treatment for Indian EP holders due to the Singapore-India Comprehensive Economic Cooperation Agreement (Ceca), Manpower Minister Tan See Leng told Parliament on Tuesday (July 6).

"As every sector seeks to be digitally enabled, their need for tech talent has grown significantly," he said, emphasising that Singapore currently does not have enough locals to fill the jobs available. In the infocomm sector alone, 6,000 jobs remain unfilled.

Another major source of technology talent is China, he said, but with the country producing many unicorns - start-ups worth at least US$1 billion (S$1.34 billion) - and having its own demand, many Chinese professionals are staying put.

Dr Tan noted that between 2005 and last year, the proportion of EP holders from China had been relatively stable.

The top nationalities that comprise around two-thirds of Singapore's EP holders have been consistent since 2005 - namely, those from China, India, Japan, Malaysia, the Philippines and Britain.

The statistics on the foreign workforce here were provided by Dr Tan in a ministerial statement. 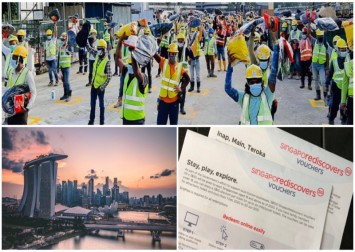 He said that the Government usually does not publish such detailed statistics for foreign policy reasons.

"I am not aware of any country that reports at that level of granularity requested. Nevertheless, we recognise that if misconceptions continue to spread, in spite of all our attempts to address them in many other ways, even more damage will be done," he said.

This came after Non-Constituency MPs Leong Mun Wai and Hazel Poa from the Progress Singapore Party had asked for the nationality profile of work pass holders and their dependants from China, India, the United States and Australia. Ms Poa had requested for more data on the jobs commonly held by these same nationalities.

All work pass holders in Singapore have to meet the same criteria before they are allowed to enter the labour market, stressed Dr Tan, adding that there is no differentiation based on nationality.

The country has become the second largest source of immigrants in the US and the third largest in Britain, both of which are heavily invested in building tech capabilities.

"Given our relative shortage of manpower, even if the workers don't come from India, they will come from somewhere else," Dr Tan pointed out.

"The point I think we should ask ourselves is this: Are they helping us to grow our economy, and create better Singaporean jobs? The answer is yes."

Yet, it is not surprising that the increasing concentration of foreign workers has caused some social frictions and anxiety to Singaporeans, he noted. "In some ways, this is understandable... because these EP holders are transient."

Apart from some who settle down and become Singapore citizens or permanent residents, most EP holders work for a few years and either return home or move on elsewhere, he added.

Acknowledging that this is an area that has to be constantly monitored and managed, he said Singapore experienced a similar situation in the 2000s, when the share of Chinese nationals in the foreign workforce here rose significantly, before tapering as China's growth took off. 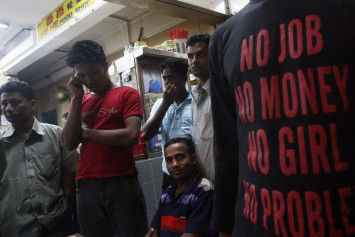 "We have to bring in the talent and the skills to keep our economy growing, while tracking that the number of foreigners in our midst stays at a level we are able to cope with, and manage the social frictions that will arise from time to time," he added.

"This is a series of trade-offs. It is not going to be a once-off adjustment, but it will be a constant balance that we have to continuously monitor and get right."

Dr Tan said the Government does monitor the concentration of nationalities at the company level. The threshold percentage of a firm's workforce from a single nationality is a criterion for the Fair Consideration Framework watch list.

In putting firms on the watch list, his ministry looks at whether firms have a high concentration of foreigners from a single nationality source, in addition to a high share of foreign professionals, managers, executives and technicians relative to their industry peers. There are currently about 400 firms placed on the watch list.

Today, salary is mainly relied on "as a gatekeeper" to select complementary talent because it is easy to administer, but the Government has been exploring refinements to the EP framework to ensure a strong Singaporean core, complemented by a diverse foreign workforce.

More details will be shared later, he added.