Grab driver jailed for not returning $33,000 wrongly transferred into his account

The money was meant to go to a Grab vendor.

When more than $33,000 was mistakenly transferred to his POSB savings account last year, Grab driver Wong Siew Wai called up the bank to ask if any action would be taken if he refused to return it.

Then for about two months , the 54-year-old used that money, which came from Grab, to pay for more than $14,700 in personal bills, CashCard top-ups and other transactions.

This included substantial bank transfers to pay his son's school fees. He also withdrew $8,300 in cash.

According to court documents, the money was wrongly transferred to Wong by a Grab finance associate on Aug 21, last year.

It had been intended as payment to a Grab vendor, Wow! Gadgets.

The vendor alerted the finance associate to the mistake nine days later, and his colleagues asked Wong to return the funds, once on the same day and again the next day. 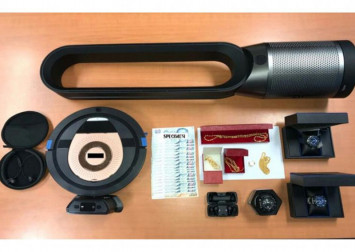 However, Wong deliberately refused and became uncontactable to Grab representatives, the court heard.

Deputy public prosecutor Claire Poh said Wong had claimed a POSB representative told him no action would be taken if he did not return the money.

"The accused therefore had the knowledge that the monies did not belong to him," she said.

A Grab regional finance controller made a police report on Oct 24 last year and Wong was interviewed the next day.

During investigations, he admitted to the offence and claimed he was in financial difficulties.

There was $11,000 of the money left in his account and he transferred that sum to Grab on Oct 29.

Wong has since returned an additional $1,000 to Grab.

Wong, who was unrepresented, was allowed to defer his sentence to May 27 to settle personal matters.

Wong could have been jailed up to three years, fined, or both.