Five years ago, Lim was about to leave the house for work when he suddenly collapsed. His wife initially thought he was playing a prank on her, but it turned out he had suffered cerebral haemorrhage after two blood vessels burst in his right brain.

At the hospital, doctors had warned Lim's family that the chance of surviving the surgery was only between five and 10 per cent, and he would risk dying or becoming a vegetable should the surgery fail. With no other option left, Lim's family gave their consent.

Lim recently accepted an interview with Lianhe Wanbao in hopes that his story would help motivate and encourage others going through a hard time.

Though his surgery was successful, he wasn't able to move the left side of his body very well and depended on a wheelchair to get around. After he was discharged from the hospital, Lim found himself relying on his wife for many things. 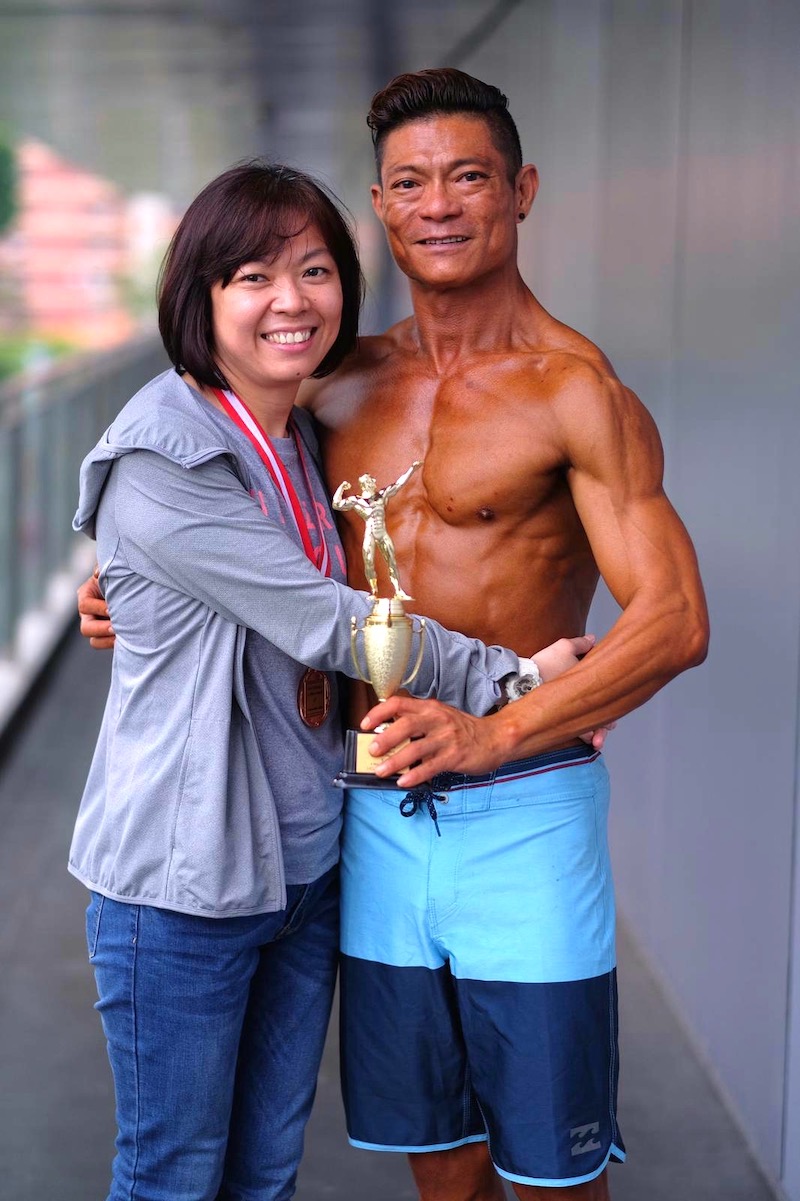 "I used to frequently wet the bed. There's a coffee shop below my place that's just about 300 metres away but it would take me 15 minutes just to wheel myself over. It always felt as though people were looking at me and I became really depressed then," Lim recounted.

However, he refused to accept fate. When he thought about his aquarium business and his three kids, it motivated him to push himself.

"No one else can help me, only I can help myself."

He spent the next three years recuperating and undergoing rehabilitation. Still, he found himself rather plump and decided to actively visit the gym.

"I wanted to change myself, so in 2017 I got rid of all my bad eating habits and spent my mornings swimming and my evenings at the gym. I even hired a private trainer and lost almost 20kg that year," Lim tells Lianhe Wanbao.

He recounts how it was a struggle for him to lift even a 5kg dumbbell in the beginning. Still, he got rid of his wheelchair and walking cane and forced himself to walk to the office every day as part of his training.

"A lot of times, when I was out of breath, I really felt like giving up. But thinking of my family and my business, I could only persevere."

#Rehabilitation #Wounds and injuries #stroke #In Case You Missed It