Honestbee has received demands from creditors claiming S$6 million, and owes about US$209 million (S$289 million) to its largest creditors, the embattled grocery startup revealed in an affidavit filed at a Singapore High Court pre-trial conference on Tuesday morning.

The startup, which is asking the court for a six-month moratorium to restructure its debt, also has outstanding leases for three units at Boon Leat Terrace for its supermarket habitat and its premises at Blk 2 Tampines Logis Park, according to the documents, which confirmed an earlier report by Vulcan Post on Monday.

Honestbee is further saddled with outstanding leases for 19 vans from Goldbell Leasing and Think One Leasing, the documents indicate.

Honestbee chief executive Ong Lay Ann had earlier indicated in an interview with BT that the company could be facing more than US$180 million in debt.

In his court affidavit, Mr Ong said that Honestbee has been served with four statutory demands for a total of S$940,942 since July 15, from entities Century Global and Soochow CSSD, as well as its backers Gay Chee Cheong and Melissa Kwee.

The startup has also received 34 letters of demand for about S$5.1 million, the document states. The largest claimant is cited as Benjamin Lim Jia-Rong, who is seeking US$3.8 million.

On Saturday, BT reported that Mr Lim is suing Honestbee's former chief executive Joel Sng for repayment of this sum. According to regulatory filings, Mr Lim is a director of Swee Chioh Fishery and The Market @ Central. 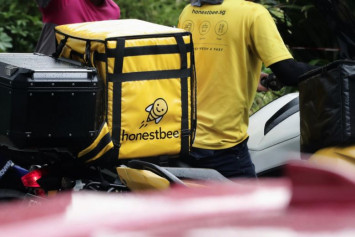 A further 11 legal proceedings have been commenced against Honestbee by parties including LuxLight, Seafood Market Place and FoodXervices, the document said.

Ang Tian Hock Trading has obtained a default judgment for the over S$38,500 that it seeks.

In total, Honestbee is facing liabilities of at least about US$209 million owed to lenders and trade creditors, according to the affidavit. Formation Group, a venture investor whose general partners includes Honestbee chairman Brian Koo, is the startup's only secured creditor. The debt, for an undisclosed amount, is secured by an all-monies charge.

The 20 largest unsecured financial creditors are owed about US$204 million.

The largest of those creditors is A Honestbee Pte Ltd, which is controlled by Mr Koo and is owed US$137.3 million. Mr Koo, who is also Honestbee's third-largest unsecured creditor, is owed US$16.2 million.

The startup also owes its 20 largest unsecured trade creditors a further US$5.7 million. The largest of those is Shopfit (S) Pte Ltd, which is owed US$2.4 million, followed by Amazon Web Services, with claims for over US$356,000.

Other claimants listed as having issued letters of demand include Hong Kong supermarket ParknShop, which seeks S$402,464 and food supplier Indoguna, which is demanding close to S$230,000.

Consumer rewards startup ShopBack and Prime Supermarket are indicated as each seeking over S$142,000 from Honestbee.

Honestbee said that it has received support from Mr Koo, A Honestbee and Formation Group for its proposal to exchange its unsecured debt into equity at a rate that has yet to be determined.

The three parties, who represent about 77.2 per cent of Honestbee's debt, have also expressed interest in investing up to a further US$10 million each in the company, according to letters attached to the affidavit. 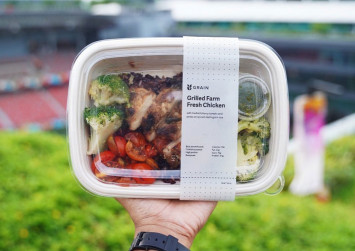 Formation Group has also expressed that it is prepared to commit US$25 million to Honestbee after restructuring.

In his affidavit, Mr Ong said that potential investors have been deterred from stepping in due to fears that their funding will be used to pay off current creditors, instead of being used for working capital. Honestbee hopes the restructuring will address these concerns.

In terms of strategy, Honestbee intends to focus on selected markets, namely Singapore, Malaysia, the Philippines, Taiwan, Japan and Thailand, according to the affidavit. Operations in these markets, except for habitat in Singapore, are suspended.

The company also plans to move towards an "asset light and tech-heavy model".

"Our intention is to continue to work on a marketplace partnership model where we will provide the technology required to bring an offline store online and increase the catchment area of the store," Mr Ong wrote in the document.

The latest set of court documents reveal that Honestbee had a unit in India, but is exiting the market. The Vietnam, Indonesia and Hong Kong businesses have been shut down.