Honestbee to stop food delivery in Singapore, suspend laundry service from May 20

SINGAPORE - Struggling food delivery start-up Honestbee is halting its food delivery business in Singapore and suspending its laundry service with effect from next Monday (May 20), affecting some 400 freelance delivery persons.

The headcount of Honestbee employees in Singapore will not be affected.

In a media statement on Wednesday (May 15), Honestbee said that the decision was "to optimise the business structure, and to drive better focus and alignment with Honestbee's current strategic priorities".

The firm will continue to operate its grocery delivery business as well as Habitat, its brick-and-mortar supermarket concept.

Read Also
GrabFood vs Foodpanda vs Honestbee vs Deliveroo: How you end up paying different prices for the same food order 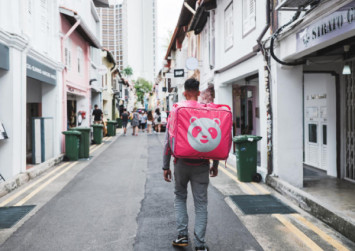 The development comes on the heels of a series of cost-cutting moves by Honestbee, amid media reports of a cash crunch and plans for fresh fund raising.

Earlier on Wednesday morning, The Business Times reported that investors were approached earlier this month about raising at least $20 million for Honestbee, and that before its leadership transition, it had eyed growth avenues including finance and insurance partnerships.

In late April, Honestbee announced a 10 per cent cut in its global headcount, and suspensions and halts in operations in its various markets amid allegations of a cash crunch. Co-founder Joel Sng resigned as CEO on May 2. He was replaced by Mr Brian Koo, a founding member of Honestbee backer and US venture firm Formation 8.