Hopes of moving in, starting families in new homes dashed due to BTO project delays

Ms Ellen Neo and her fiance Felix Lua in front of their Pine Vista BTO flat which is still under construction.

SINGAPORE - Ms Ellen Neo, 29, and her fiance, operation executive Felix Lua, 36, were supposed to receive the keys to their three-room Build-To-Order (BTO) flat last December, and move in early this year.

The couple, who have been together for six years, got a unit in Pine Vista in Geylang on their third try in 2017. They first balloted in 2015.

But last June, Ms Neo, an administrative executive, was told the flat delivery would be delayed to the second quarter of this year.

Ms Neo said: "I was really looking forward to seeing my finished home as it has been years in the making. I have been looking through Pinterest for home decor ideas and talking to my neighbours about them."

She was hoping against hope that their project would not be one of the delayed ones but it was not to be. "Part of the reason I liked Pine Vista was that I could get it earlier than the others (in the area). But it seems like it doesn't matter any more."

Last Monday, the Ministry of National Development (MND) said in a parliamentary reply that about 85 per cent of the 89 ongoing BTO projects are around six to nine months behind schedule.

National Development Minister Desmond Lee said on Wednesday the Covid-19 pandemic was making it difficult for construction firms to bring in manpower, and supply chains were disrupted.

Hence, about 43,000 households will get their keys to their BTO flats late.

The Housing Board has assisted around 240 affected households with interim rental flats.

Project manager Matthias Mar, 34, rented a unit in Punggol through the Parenthood Provisional Housing Scheme (PPHS) with his wife recently. The delivery of the newlyweds' four-room BTO flat in Ubi Grove has been delayed from the fourth quarter of this year to the third quarter of next year.

They spent almost $8,000 to furnish the PPHS flat, including buying furniture and a portable air-conditioner, which will eventually be disposed of or given away when they move out. The monthly rent is $500, excluding utility bills.

Mr Mar said: "The rental rates are way lower as compared to the open market but, of course, the money could be better spent on the BTO flat instead."

Most of the eight affected couples The Sunday Times spoke to are staying with their parents and have delayed having children.

One of them is special education teacher Kayyathiri Elango, 31. She was supposed to collect the keys to a four-room flat in Alkaff Oasis in Bidadari last September with her husband, police officer Puvaneswran Letchumanan, 33, but it has been delayed to June this year.

The couple, who got married this February, have been staying with her parents since. They would like to have children only after moving into their flat.

Ms Kayyathiri, who found out about the delay one month before they were due to collect the keys, said: "Our original plan was to move into our home straight after getting married and to start a family immediately. Our age is catching up; that's one of our worries."

National University of Singapore (NUS) sociologist Tan Ern Ser said the delays could be disruptive for those who planned to set up a marital home or have a bigger place for a growing household.

He added that the delays might affect the total fertility rate if couples postpone their intentions to have a child or another one.

Read Also
5 tips for homeowners for the 2021 housing market 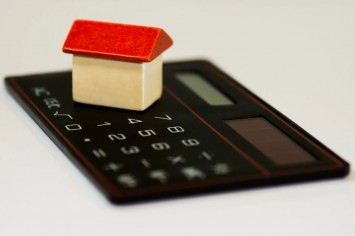 Mr Nicholas Mak, head of research and consultancy at ERA Singapore, said the uncertainty about completion dates of new BTO flats has led some buyers to turn to HDB resale flats.

He noted that prices have increased quite steadily, partly due to the delay in BTO flat completion. Last year, prices climbed by 5 per cent, according to the official HDB resale price index.

This was more than twice the 2.2 per cent rise in the prices of private residential properties last year.

But Ms Christine Sun, OrangeTee & Tie's senior vice-president of research and analytics, said the subscription rate for BTO flats is likely to remain firm, as they are still the most affordable housing option with HDB resale flats now more expensive.

Dr Sing Tien Foo, director of the Institute of Real Estate and Urban Studies at NUS, said the delays affecting current BTO projects are more manageable than those linked to new developments, with the latter possibly needing five to six years before they are completed.

He encouraged households to plan with their designers and contractors to ensure that renovation works would not be further held up.

Read Also
Buying a resale HDB flat for future upgrading? Here's what you should consider 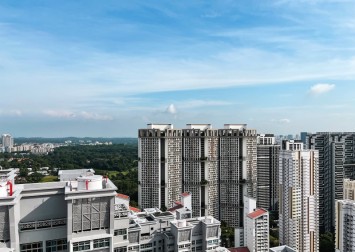 Some affected home owners are looking on the bright side.

Audio-visual specialist Sofian Abdul Manan, 42, was looking forward to upgrading - from his four-room flat to a five-room one in Rivervale Shores in Sengkang - with his family of five in the second quarter of next year.

They applied under the Third Child Priority Scheme and the process is now delayed by nine months.

He said: "We wanted a bigger flat because the children are growing up and we felt the need for a bigger study space. But we feel fortunate we still have a roof over our heads."