When the telephone operator told him a guest at a neighbouring hotel needed medical attention, Mr Mohamed Fairoz Mohamed Salahuddin, 47, sprang into action.

A four-year-old boy had gone into anaphylactic shock after an allergic reaction to something he ate and was suffocating.

On duty at the time, the assistant butler manager at Crockfords Tower at Resorts World Sentosa rushed to the room in Hotel Michael, a block away in the same integrated resort.

Mr Fairoz, who is trained in first aid, helped induce vomiting, and the boy's reaction subsided. He took the child and his mother to Universal Studios Singapore the next day.

Read Also
Hotel general manager drowns in Singapore condo pool, believed to have held her breath for too long 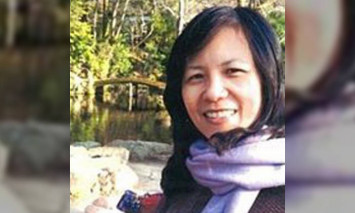 For his kind act, Mr Fairoz was presented with the National Kindness Award - Service Gold at a ceremony on Wednesday at the Amara Hotel.

Jointly organised by the Singapore Kindness Movement and the Singapore Hotel Association, the awards commend hotel workers who go out of their way to create exceptional experiences for guests and inspire graciousness among their peers.

A record 131 service staff from 76 hotels won the award this year. Seven hotel guests were also lauded for treating staff with graciousness and respect.

Recalling the incident in March, Mr Fairoz told The New Paper the boy could not breathe, so he placed him on his knee and tilted the boy's body until he got nauseous and vomited.

He said: "I could see there was colour coming back to his face and he was crying. That was a good sign."

When Mr Fairoz went to check on him the next day, the boy looked better so he decided to take the boy and his mother on a tour of the theme park.

"It was the boy's first time in Singapore. My thought was that I didn't want him to have that bad experience on his mind," Mr Fairoz said.

"I wanted to make it a happy moment for him to recall."

Another award winner is Ms Suriati Jalil, a security executive at Hotel Jen Tanglin Singapore, who helped reunite a lost autistic teenager with his father.

Ms Suriati, 38, was working the night shift when the teen wandered into a restaurant at the hotel at about 5am and started to eat from a packet of yogurt from one of the restaurant's fridges

She said: "We tried to talk to him, which was very difficult, but at last he calmed down."

Ms Suriati later found out the boy was autistic.

The boy gave them the contact number of his aunt, who then called the father.

Ms Suriati took care of him until his father arrived about half an hour later and that was when she found out that he had gone missing after a church service the day before.

When asked about winning the Service Gold award, she said what she did was "just part of" her duty.