By and large, ending Singapore's system of streaming pupils in secondary schools is a good thing.

The practice has been criticised by some as creating social divisions and hurting the self-esteem of children.

But every government policy has its fans and naysayers.

It addresses how a few schools such as those with the Integrated Programme (IP) would not be affected by the changes.

Read Also
Streaming into Normal and Express in secondary schools to stop in 2024; to be replaced by full subject-based banding 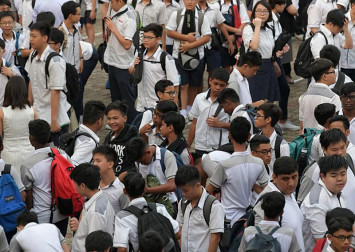 Several parents were quoted, although one especially jumps out.

Wendy Chan, a 48-year-old housewife, prefers her children do not mix with those in the Normal stream.

She was quoted, "It's because of their upbringing - their mindset and values may not be in tandem with what I agree with. It's not so much about their academic performance."

To be fair, another parent in the same article also said, "It does matter who you mix with… if you mix with eagles, you will soar," while a lecturer tried explaining these adults' mentality.

But it is Chan's position that has ignited many people. She wrote, "Can we screen people for f***wittery before they are granted permission to be parents? So bigots like Wendy Chan can't pass on her f***witted mindset onto an innocent next-gen?"

Lee added the double entendre, "Not everyone deserves to procreate," together with the hashtag #WeAreDoomed.

A Facebook post of a teacher reacting to Chan's comments has also gone viral, racking up more than 2,300 shares as of 5pm.

A friend shared the photo below, from today's The Straits Times, "End of Streaming: How will changes affect IP schools",...

Mark Rozells, who has taught at different levels and worked in the ministry, wrote, "The snobbery and prejudice contained in just a few lines is amazing.

"And yes, family does play a big part in upbringing, which is why I worry for your children.

"I hope one day you will realise just how selfish, small-minded and poisonous your statements are, and I hope your children will be better than you, in spite of you." 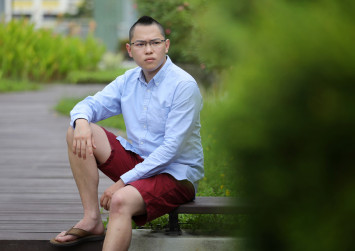 Rozells believes prejudices are cultivated over time and reform is needed.

He goes on to appreciate those who help students in the Normal stream and recognise people beyond streams.

Many people were in agreement.

Jenny Ong wrote, "Even when the child enters the workforce, he or she will still need to work with people regardless of education level. Her values are all wrong."

Isaac Lim added, "This kind of toxic mindset is such a huge detriment to progress, it appals me that such words can be uttered by people who benefited from 'said better education'."

As usual, some inserted humour and sarcasm.

"I agree with Ms Chan. I wouldn't want any students to mix with snobbish, shallow and narrow-minded people like her," wrote Aminur Rasid.

"Can't blame Mrs Chan for this. She has been raised in a different time, and the nature of streaming has been drummed into her mind. My teachers once told me that ITE means It's The End. When biases are THIS deep, it is going to take an entire generation before we make progress."

However, Chan found some supporters too.

"Mindset is a sacred thing that helps people go straight up in mental feedback loops or downwards. It's not wrong for her to want to have her kids mix with kids of good mindsets when they're away from home and her supervision, while they're growing up," wrote Zephyr Khambatta.

"Of course, you're right though, you CAN find good mindsets AND negative ones everywhere. Her worries are slightly flawed, but where they're coming from are definitely not unfounded."

As a media outlet ourselves, we believe Chan should be given the benefit of the doubt. Hopefully, we will get to hear her elaborate on her thoughts.