How a kampung tragedy sparked off a Singapore lifeguard’s journey

Of all the memories and experiences that George Lee had in the past 64 years of his life, one continues to haunt him till today: seeing a young boy drown in his old kampung’s pond.

The boy was merely a few years younger than he was when he witnessed the tragic accident in the village, formerly located along Lorong Ah Soo. George was only 10 back then, with no knowledge of how to rescue the boy who’d somehow fallen into the pond that day — a reservoir of water deep enough to be well above a child’s height.

Eventually, two older villagers jumped in and managed to grab hold of the boy and dragged him to dry land. He was already unconscious by that time, and he could have stirred back to life if someone, anyone, knew how to conduct immediate mouth-to-mouth resuscitation.

Alas, no one did. Instead of cardiopulmonary resuscitation (CPR), what the drowned boy got was a village shaman praying, chanting, and dancing over him — a futile effort to appeal to the supernatural to aid in his revival. The boy died, but from that tragedy, it gave birth to George’s resolution to learn and impart lifesaving skills.

Since then, there was no stopping him from diving deep into the world of water-safety and aquatic rescue. You could say it became George’s prime mission, his raison d'être. He took up lifesaving in 1972, served as a swimming instructor during national service, became a lifesaving teacher in his 30s, and worked as a lifeguard with the then Singapore Sports Council until his retirement in 2012. Even as the president of the Singapore Life Guard Corps, he’s still a volunteer lifeguard today.

“If I hear of someone drowning, it makes me upset and I want to do something,” George shared.

“If more people had that skill, they would feel the same.” 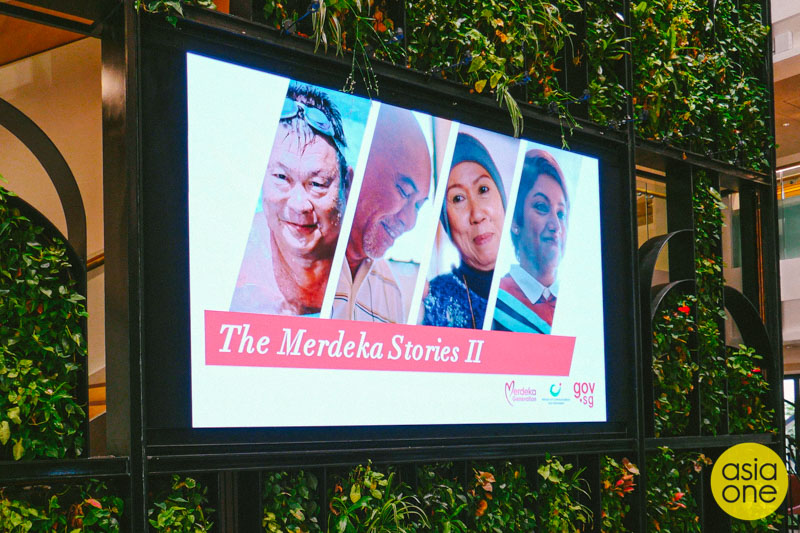 As you can imagine, George’s origin story would have made a pretty grim tale for a movie adaptation. But the spirit of his altruism remains in A Lifesaver’s Passion, one of the four short films that depict the continuing contributions of the Merdeka Generation today.

The Merdeka Stories II anthology that premiered earlier today continues the homage to Singaporeans born in the 50s — the seniors who were among the earliest generation of people who helped mould the nation through the tumultuous period of independence and rapid industrialisation. It’s a cinematic sequel to the Merdeka Stories project launched back in January in a collaboration between mm2 Entertainment and the Ministry of Communications and Information (MCI). 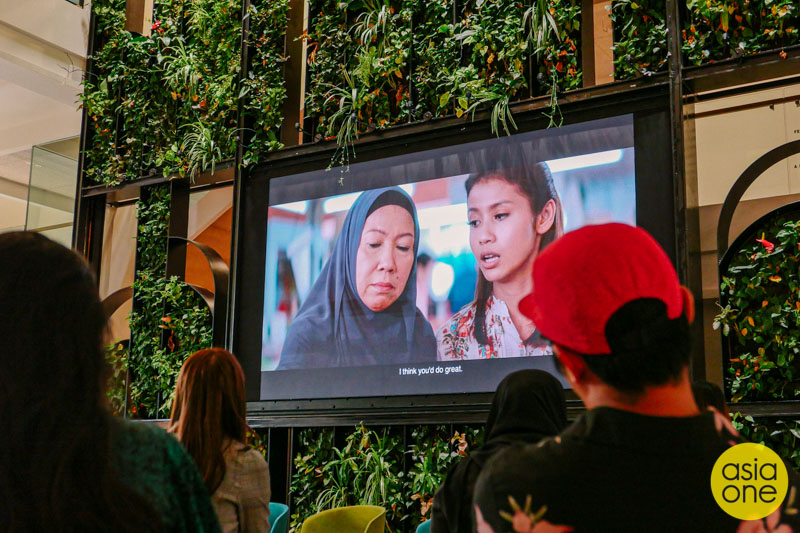 Having helmed the first edition, veteran playwright Jean Tay was attached to the project once again as she worked with four award-winning directors — Bertrand Lee, Don Aravind, Sufyan Sam’an and Wee Li Lin — to help flesh out the stories of senior citizens on screen.

Where the last season focused on how the Merdeka generation banded together through the nation’s formative years, this time around, Tay wanted to highlight the ways they still are giving back to society in today’s day and age. 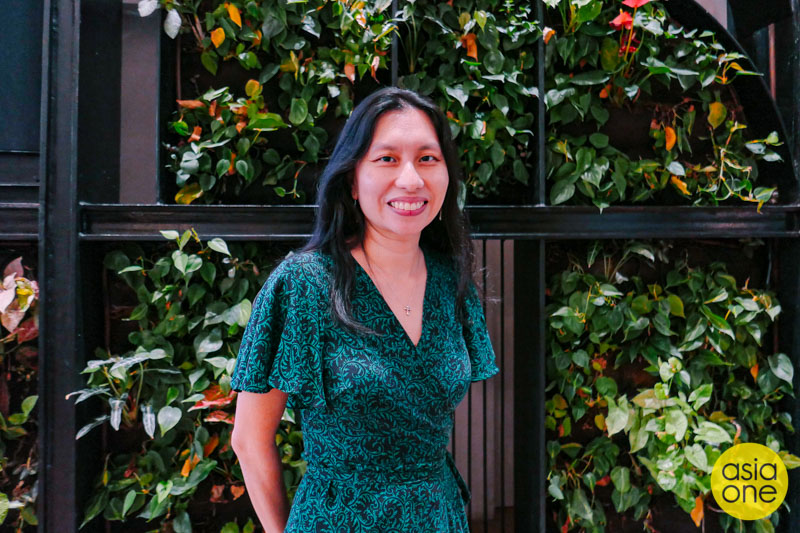 The stories she found were derived from interviewing several folks from the Merdeka Generation, and she found a common thread between their encounters in modern life. 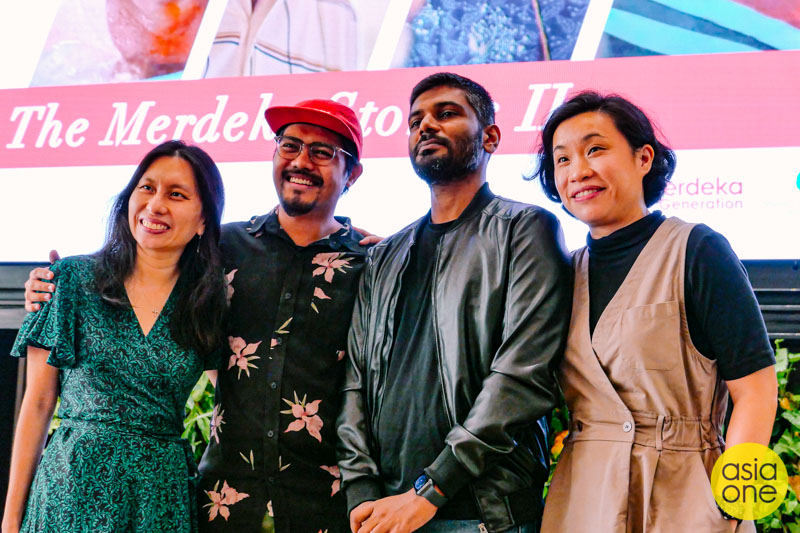 “These people continue to give back to society today — whether it’s through volunteering, fostering children, teaching, or even sharing their passions.”

One name mentioned in the Merdeka Stories project that should be familiar to local foodies is Damian D’Silva, an absolute legend in Singapore’s food scene as the 62-year-old chef behind gastronomic delights that pay homage to his Peranakan and Eurasian roots. While the man did have some screen time during the course of the Masterchef Singapore TV series, it’s not him that appears in the Bertrand Lee-directed A Chef’s Legacy, inspired by D’Silva’s passion to pass on culinary traditions to the next generation.

The theme of passing on knowledge continues in Don Aravind’s short film A Teacher’s Education, a tale about a Merdeka Generation educator who never forgot the value and joy of learning, despite having sacrificed further studies to support her family.

Aravind's film is partly inspired by Barbara D’Cotta, who at the age of 60, continues to pursue her Master’s degree in Special Education. She decided against furthering her studies back when she was 19 and applied to be a teacher at the now-shuttered Singapore School of the Deaf, where she remained for nearly 40 years and eventually became its Vice Principal in 2012. Four years later, she embarked on a journey to continue her studies, receiving a Bachelor’s degree in Special Education from Flinders University in Australia at the age of 57.

But perhaps the film that certainly caused more than a few people to dab their tears at the premiere was A Mother’s Heart, a film about Merdeka Generation seniors who wanted to give back to society by being foster parents to children in need.

Directed by Merdeka Stories newcomer Sufyan Sam’an, one of the inspirations for the flick had been 61-year-old Hawa Bee Binte Mohamed Hussain. Together with her husband, they signed up to be foster parents back in 2001 after having felt that they both had the time, care and compassion to help vulnerable children. And they still do today.

“I feel that fostering is such a selfless act,” offered Sufyan. “You pour so much love and affection to the child even with the knowledge at the back of your head that fostering is about reunification — the child will eventually return to (his or her) family.”

Being a father himself, he exclaimed that he could never imagine letting go of his son just like what the Merdeka Generation foster parents have to undergo.

“That was one of the things that was playing in my mind while directing the farewell scene,” he shared — which should explain why it hits the feels so damn hard. 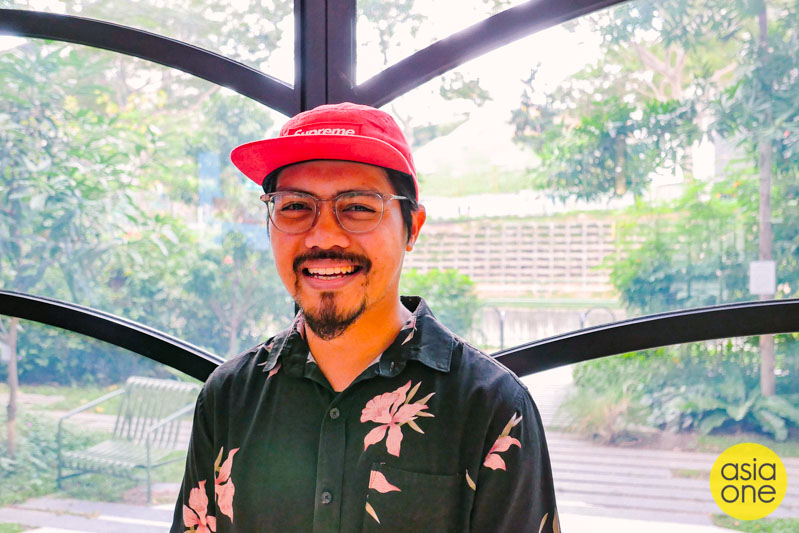 A Lifesaver’s Passion, helmed by acclaimed director Wee Li Lin, held the unique aspect of actually starring the Merdeka Generation figure that inspired its charming story. George plays a fictionalised version of himself: a senior man remaining resolute in the face of passive-aggressive jibes and doubts by younger folks in his lifesaving course.

As it turned out, George is no stranger to being on screen — in his youth, he had been a stuntman and a TV extra of sorts in action productions. But his true love has always been the open water, he laughed, mentioning that he made way more money as a lifeguard anyway. 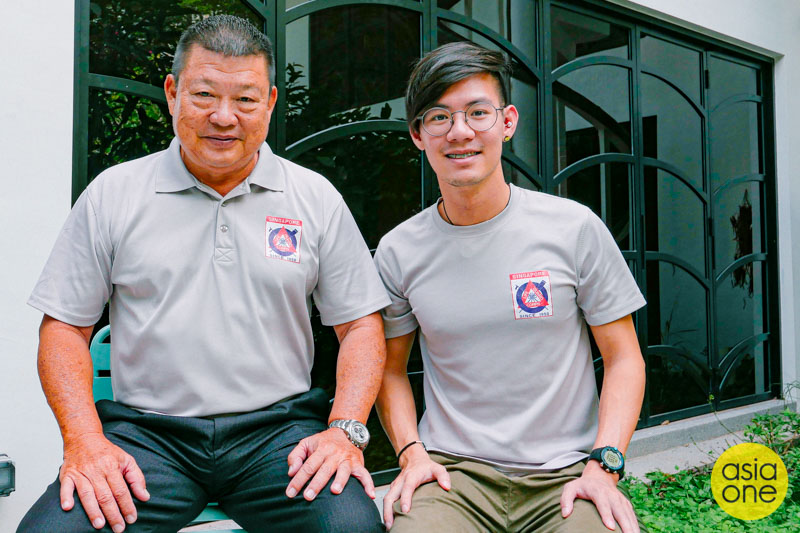 The concept of imparting knowledge to the next generation was encapsulated in the supporting presence of Leonard Tok, the 24-year-old mentee of George and the young man who plays the snarky youth in the short film. The young man shared how the grizzled lifeguard teaches his trainees well thanks to an abundant amount of experiences and examples from decades of rescuing casualties from the open water.

It’s a sentiment shared by Soffy Hariyanti, Director of Campaigns & Production Department, Public Communications Division, MCI. She believes that there are meaningful stories that needed to be told about where the Merdeka Generation are today — essentially defining them beyond just their age.

“Many of our Merdeka Generation continue to live active lives, pursue their passions and pass on their legacies to the next generation, and ‘The Merdeka Stories II’ pays tribute to them,” she remarked. 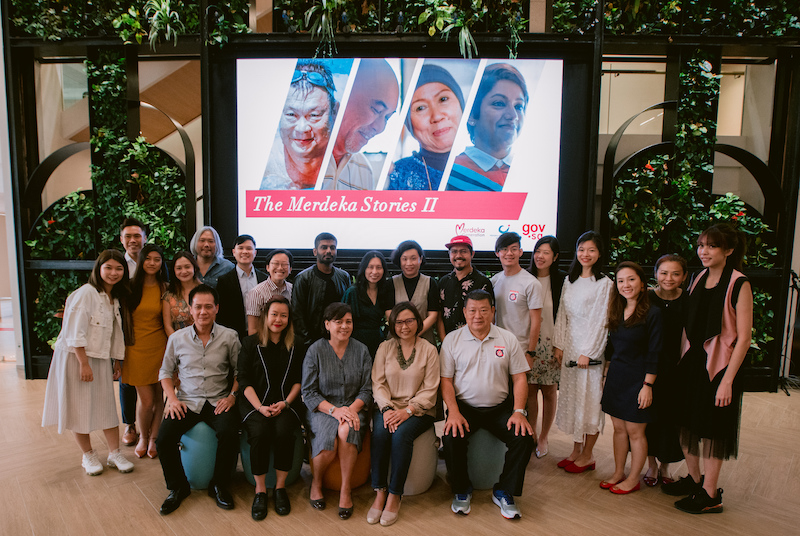 Joking that he’s not that far off from being a member of the Merdeka Generation himself, mm2 Entertainment’s Chief Content Officer Ng Say Yong offered the same, expressing his delight in having the opportunity to team up with MCI again on a meaningful project.

“We hope that the stories will inspire many of our Merdeka Generation seniors to stay active and pursue their dreams."

#merdeka generation #Singapore films #In Case You Missed It