I grew up with majority blind spot, not Chinese privilege: Tay Ping Hui

SINGAPORE - What is Chinese privilege? A majority blind spot to understanding other races, an incomprehensible label to older folks, an issue better explained through social mobility, a non-starter given the Chinese community's history of helping other ethnic groups.

These were some points raised by three Chinese men - actor Tay Ping Hui, president of the Singapore Federation of Chinese Clan Associations Tan Aik Hock and lawyer Hee Theng Fong - at a dialogue on Saturday (July 24) on the role of their community in upholding Singapore's multicultural fabric.

In his introduction, Mr Tay shared that having grown up in a Mandarin-speaking home and attended a Special Assistance Plan (SAP) school where he studied Chinese literature, more than 90 per cent of his friends were Chinese - at least until he went to junior college and then national service.

"I was very comfortable, with everyone around me Chinese. I thought I probably didn't need to know about the other races," he said in Mandarin. "It doesn't mean that I had Chinese privilege, but I must acknowledge I had a majority blind spot." 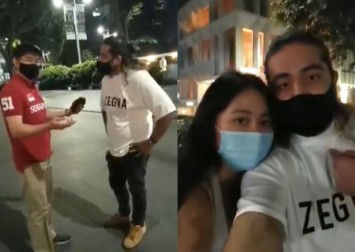 It was only after being called racially discriminatory names when living abroad did he realise how minorities in Singapore must feel, said Mr Tay, as he urged the Chinese community here to open their minds to understand other cultures and their views.

Mr Shanmugam later described Mr Tay's experience as swimming in pools which are not very large. "We tend to meet people of similar social standing, of similar race, at work and so on," he said. "When you are part of the 75 per cent (Chinese), it's not easy for you to understand the disadvantages that minorities face, and you also may not realise the advantages of being part of a majority."

[Chinese Privilege and other issues] I attended the REACH-Zaobao dialogue yesterday, and many topics were discussed,...

Mr Hee, from Harry Elias Partnership, said Chinese Singaporeans who lived through separation from Malaysia would not understand the label of privilege. "I have many friends who transferred from Chinese schools to English schools and had to adjust to learn in English. There were also limitations in career development at that time, and a lot of people were disappointed and had grievances," he explained.

Mr Hee said that the issues raised by proponents of Chinese privilege may be better addressed through the lens of mobility. "Look at, for example, the rich-poor divide. That happens in any country. It's not a racial problem, it's about meritocracy," he said.

"More importantly, we need a stable and harmonious society, without which majority advantage or minority disadvantage or whatever it is will just be empty talk."

Mr Tan said the Chinese community and its clan associations have been doing work on this front for some 200 years now.

After Singapore's independence, some clan associations and temples set up schools that opened their doors to different ethnic groups.

"The Chinese community leaders then were focused on building our country," said Mr Tan. "They looked at our country in totality, and put their resources together to contribute to society at large. There were no exceptions or privileges given to the Chinese."

More recently, the clan associations have been undertaking community work - during the Covid-19 pandemic, for instance, donations were made to institutions and individuals of all stripes, regardless of ethnicity.

"As Singapore progressed over the years, the Chinese community has played a very active role in promoting racial harmony, but it is done quietly," said Mr Tan. "After so many years, it has become a habit and I hope this habit will continue."