I was stunned, says Marquee clubber whose breast was groped by man in viral video

A man could be seen groping Zara's breast in the video.

It was her first time going to a club and all she wanted was a good time with her friends.

Unfortunately, Zara, who declined to have her real name published, got more than what she bargained for when a stranger groped her breast at the club.

The incident happened at around 4.30am on Saturday, right before Zara and her friends were about to end the night.

Zara posted about the incident on TikTok on Sunday (Sept 25) but she has since deleted the video.

In an interview with AsiaOne, the 22-year-old said that she and a few of her girlfriends were dancing and taking some videos for "memory's sake" when a man came into the frame and suddenly grabbed Zara's right breast from behind before walking away quickly.

By the time it dawned on her what had transpired and she turned around to see who had violated her, the offender had already disappeared.

"I froze and I was stunned," Zara told AsiaOne while recounting the incident, adding that she was confused because everything "happened way too fast".

"It felt very intentional. Usually, if it's like an accident, people would say sorry."

She said that one of her friends saw what happened but did not chase after the perpetrator as she had rushed to check on Zara first.

Thankfully, another friend of hers managed to record the incident and Zara said she took comfort that there was some video evidence.

However, it did take her some time to muster up the courage to make a police report, this student admitted.

"I was initially a little afraid of doing so. Because I think it's just me, I overthink a lot," she confessed, adding that she was worried about the possibility that the perpetrator will attempt to use money to settle the issue "out of court".

In the end, Zara made that police report as she was concerned that the perpetrator may do the same thing or "something even worse" to someone else.

"Maybe if one less unfortunate situation happens, I think that is good," she said.

One regret Zara does have about how she handled the situation was uploading the video evidence onto TikTok before making a police report.

Apart from wanting to "raise awareness" about sexual assault and "[calling] out such behaviour", she said that she "really wasn't sure how to go about" the issue and "was trying to gather opinions".

However, she didn't expect the video to go viral and it made her "very stressed out".

Read Also
'Not calling the police has been my regret': Rape victim says more can be done to raise awareness about sexual assault 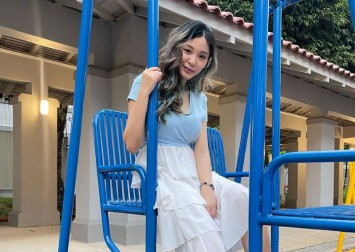 "There were a lot of unwarranted comments invalidating the whole severity of the situation," Zara revealed.

For instance, there were those who told her it could have just been an accident, while others said that if she didn't want such things to happen to her, she shouldn't go to such places.

There were also strangers who messaged her directly, feigning care and concern. But they just wanted to hit on me and ask me out, Zara shared.

Thankfully, some of Zara's friends fought off the nasty netizens by responding to them in the comments section.

"I'm just glad I have a good group of friends," she said gratefully.

While the incident was traumatising, Zara said it won't deter her from clubbing again in the future.

And to keep herself safe during her next fun night out, she plans on being more vigilant and "won't [be letting her] guard down".

Between 2017 and 2020, there were about 9,200 reports of sexual assault, including rape, sexual assault by penetration, outrage of modesty and sexual offences involving children and vulnerable victims, said the police.

Addressing the issue in April this year, Law and Home Affairs Minister K. Shanmugam said: "All of you know that (the Government) takes a very strong and firm stance on dealing with sexual offences.

"Over the years… we've strengthened our legislative levers. The police have also been active in reviewing its processes. The police are also taking very active steps to increase public awareness about sexual assault and what victims can do."