The Ridout Tea Garden outlet is among the oldest operational McDonald's outlets here.

SINGAPORE - A 32-year-old McDonald's outlet in Ridout Tea Garden will be closing its doors in December.

A spokesman for the American fast food chain told The Straits Times on Friday (April 23) that the outlet will cease operations upon the expiry of its lease.

The Ridout Tea Garden outlet is among the oldest operational McDonald's outlets here, having opened its doors to customers in 1989.

The oldest operational outlet is at People's Park Complex. It has been operational since 1979 — the same year that McDonald's made its Singapore debut at Liat Towers.

Also among those outlets that are at least three-decades old is the one at Hougang Street 21, which opened in 1984 as the first fast food restaurant in a housing estate here.

Ridout Tea Garden was built at a cost of $500,000 by the Housing Board in 1980 at the spot formerly occupied by Queenstown Japanese Garden, which was razed in a June 1978 fire.

The old garden, which was built in 1970, had 23 shops; the new garden has a single-storey eating house pavilion occupied by McDonald's since 1989.

Built beside a pond, the pavilion housed a KFC outlet from 1981 that McDonald's eventually replaced.

While the McDonald’s spokesman did not elaborate on why the outlet was closing, he added that customers in the area can visit its outlets at Queensway Shopping Centre and at Metropolis, located in Buona Vista.

A spokesman for the Singapore Land Authority (SLA), which currently manages the garden, told ST on Friday that the 57,453.9 sq ft site, which includes surrounding greenery, is currently tenanted to Hayman through an open tender since April 1, 2016.

It includes two lettable units, one of which is occupied by McDonald's.

SLA said that Hayman's tenancy for the site will be expiring on Dec 31, 2021, and that the authority has launched a tender for the site.

When ST visited the site on Friday, the other unit, which used to house a Thai restaurant, was empty.

McDonald’s staff that ST spoke to said they were unaware of the impending closure, and declined to comment further.

ST understands that the longest-serving staff member at the outlet has been working there for about 13 years.

Customers reminisced about their memories at the outlet when told about its planned closure. One, who gave her name only as Madam Kwek, said she recalled bringing her children to the outlet when they were in primary school.

“Fast food was a growing trend then and it was new and exciting for the children,” said the retiree who is in her 70s.

“It caught on quickly and they were happy to experience it.”

Others, like Mr Jack Ong, 38, said the Ridout outlet is different from other fast food joints, given its picturesque setting.

“It offers nice views with a pond and just earlier I saw about four otters frolicking in it,” said the e-commerce business owner.

Queenstown resident Ethan Ong said he will miss his family’s weekend breakfast spot, which they affectionately call “the turtle place” after the fish and turtle pond the garden is known for.

“I remember going there since I was about five because it was near my grandparents’ home in Farrer Road,” said the 24-year-old student, who added that he recalls running around the pond and watching turtles sunbathe as his parents ordered food.

It was also a go-to place to hang out on late nights out in his teenage years, as it was open for 24 hours on Fridays and Saturdays. 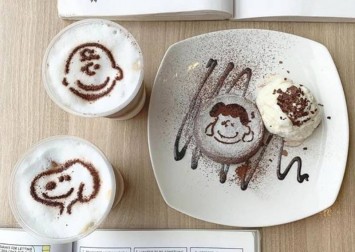 At least two groups interested in bidding for the site were seen on Friday.

The SLA spokesman added that bids for the site will be evaluated using a price and quality evaluation format, with half the overall score assessing the quality of the concept and the other half the bid price.

The indicative use of the site is for food and beverage, or retail.

"The tender is an opportunity for interested parties to tender for a fresh 3+3+3 year tenancy for the sites," said the spokesman.

"The incumbent tenant and sub-tenants are welcome to participate in the tender if they wish to continue their operations."

Mr Ethan Ong said he hoped that any new tenants will retain the garden’s natural feel, and remain family-friendly.

“I feel a sense of loss not just because of its sentimental value, but also because nowadays it’s uncommon to have a fast food outlet so close to nature,” he said.