Influencer speaks out against gym, says she was 'selectively misrepresented'

On Monday evening, personal trainer Daphne Maia Loo took to Facebook and published a scathing response to an email pitch that was sent in by lifestyle blogger, Serene Martin.

Martin was preparing for the International Federation of Bodybuilding and Fitness (IFBB) Pro Bikini competition and was "looking for a suitable gym with a personal trainer with experience in preparing individuals for such competitions".

As part of the project, she would promote the gym and the personal trainer across her social media platforms and blog.

Loo's post went viral with many commentators calling Martin out for wanting freebies and making personal attacks on her appearances and character. 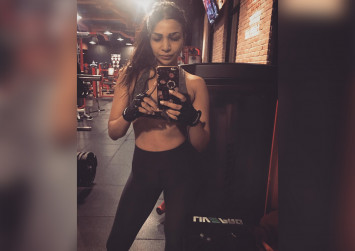 In response to the furore over Loo's post, Martin has addressed the issue on her Facebook page.

She explained that Loo had "selectively misrepresented" the email that she had sent out to various gyms as a demand for "free personal training sessions".

Martin added: "The email was a business inquiry sent to their business account with a social media marketing proposal which detailed what was the work that would have been done for the charges proposed. No part of the email requested for 'free personal training sessions'.

"If what was proposed was not aligned with the gym's beliefs, they could have simply rejected it.

"Most of the gyms either responded by requesting for more information or politely stated they would not be keen, with the exception of this gym."

According to Martin, the reply she received was simply a line of laughing emoticons which she took as a show of disinterest and "moved on without further engagement".

While Martin understood that Loo was addressing something she was passionate about, the lifestyle blogger felt that Loo "took offence to something that was not even in the proposal" - free personal training sessions.

Martin also claims that every personal trainer she has worked with, including the President of IFBB Singapore, was paid.

One thing that Martin felt strongly about was how Loo handled the matter. She wrote: "Business inquiries and proposals get rejected all the time. No issues with that.

"But, the writer went beyond this by posting screenshots of the proposal I sent along with my pictures together with commentary on the appearances of those pictures.

This resulted in commentators making "an onslaught of personal attacks on (her) appearance, profession and values across social media - veering on the edge of bullying".

The motivational speaker also concurred that she was "hustling" - a work ethic that she feels applies to every business entity and working individual - and understood that there was "no such thing as a free lunch" which was why the project was "proposed as an exchange".

Martin ended off by stating that the personal attacks and cyberbullying was something that she does not stand for.

"There are always two sides to the story. Keyboard warriors should learn to listen to both sides of the story before going on a cyber crusade.

"Once again, a big thank you to those who have shown their genuine concern and support," she wrote.

#online influencers #Facebook #Advertising and Marketing #In Case You Missed It