SINGAPORE - The Inland Revenue Authority of Singapore (Iras) and the Central Narcotics Bureau (CNB) have issued statements advising the public to avoid clicking on links sent via SMSes and e-mails, joining a growing group of organisations here reminding people to take steps to stop scams.

A statement issued on Thursday (Feb 3) by Iras said that fake SMSes received by members of the public contained the link "singaporeposte.com".

These messages appeared together with previous legitimate SMSes sent by Iras as the scammers were able to successfully impersonate Iras' sender ID.

Iras advised members of the public to ignore the messages and not click on the link in the SMS.

Those who have been affected should also lodge police reports.

A joint statement issued by CNB and Singapore Polytechnic (SP) on Thursday stated that it was brought to their attention that members of the public had received e-mails regarding an anti-drug abuse photo contest run by the two organisations. 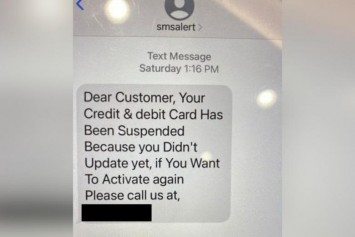 CNB and the polytechnic said they are not holding any photo contest and have also not sent any e-mail to the public about such a competition.

The statement advised the public not to reply or click on links in these e-mails as well as to avoid responding to the addresses that these e-mails were sent from.

In these e-mails, recipients were told to send photos according to the slogan "Life Does Not Rewind, Say 'No' to Drugs" and that they could stand to win attractive prizes.

The e-mail, which was titled Photo Contest, ended by stating that the contest is a "collaborative project between CNB and SP".

Iras said members of the public should remain vigilant against phishing scams, particularly during the peak of the tax filing season as more of these scam attempts may occur.

It added that scammers might trick the public into giving out their personal information, credit card or bank account details. Individuals could also be asked to follow instructions such as making payments to a third party's bank account.

Other tips it gave to avoid falling prey to scams include:

CNB and SP said official e-mails from their organisations will be sent from addresses that end only with "@cnb.gov.sg" and "@sp.edu.sg" respectively.

CNB and SP would like to advise the public to verify the official sources listed above before interacting with or responding to any messages, e-mails or other communication purporting to be from their organisations.

They also advised the public to reach out to them via the official channels listed at https://www.cnb.gov.sg/contact-us or contactus@sp.edu.sg if in doubt.

READ ALSO: 10 things you should know to prevent credit card hacks and frauds