‘It kinda stresses me out a bit’: These Singaporeans have uncommon names you probably can't pronounce

Some would have heard of the famed Josh fight which took place in Nebraska, US last April. That silly and fun fight was for one reason: ownership of this common name Josh.

How about those with names that are a little more uncommon?

Sarveshvaran Nadarajoo, Siew Yueh Nyng, Taqiuddin Munwwar, and Jannah Zainol. It is unlikely that they would meet someone who shares their names.

Fortunately, these names are not going to start a fight anytime soon. Yet, there’s no denying how often so many people here just get their names wrong.

“I realised quite early in primary school that many people can’t pronounce my name right,” Sarveshvaran said, adding that this is something he’s experienced throughout his life.

“It’s a recurring thing, like every stage of life," the 27-year-old project engineer added. "It happens whenever I’m meeting new people."

Just recently, he went to the Ministry of Defence (Mindef) and met an officer who mispronounced his name.

He said: "When he was reading it out, it was way off. I tried correcting him but then I just gave up. I can’t even recall how he said it.

"I think he tried to get it right but I’m like forget it, let’s just get this done and over with," Sarveshvaran said as his mouth twisted in a wry grin.

Similarly, whether it's Jenna, Hannah, or even Yannah, Jannah too has had her fair share of awkward encounters with how people mispronounced her name.

“I hope he doesn’t see this [but] my directing tutor – when I was studying in the UK – he basically called me ‘Yannah’ the entire time,” the 26-year-old, who studied filmmaking at Leeds Beckett University, said.

On Jannah’s part, she did attempt to correct him but mentioned how she didn’t see much point and threw in the towel not long after.

For an entire year, the AsiaOne video producer was resigned to her name being butchered by someone she regularly interacts with.

“Theoretically, all names have meaning. This is especially so during ancient times but often, over time, meanings behind names become etymologically obscure," Francesco Perono Cacciafoco from Nanyang Technological University told AsiaOne.

"While there’s always the original meaning, the naming process over time depends on the parents – who generally aren’t linguists – so what you’ll find is unpredictable,” the senior lecturer in historical linguistics said.

Read Also
Teens as young as 15 are legally changing their names, say lawyers 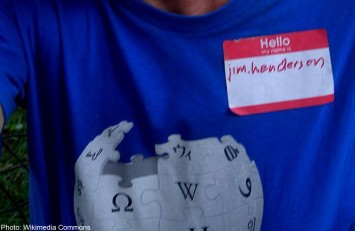 The 40-year-old added that when names are uncommon or bizarre in meaning, that could lead to misinterpretations and problems for the individual who bears the burden of said name.

He went on to mention that a name is not just a cluster of sounds to put on our passports – it belongs to an individual, their family, and their cultural identity.

"If mispronunciation is done on purpose, it can be seen as micro-aggression. But it all depends on the context of course," he said.

To avoid uncomfortable situations, some decide on a nickname, a shortened version of their names, or choosing an anglicised name.

For Sarveshvaran, he’s introduced himself as Sarvesh for as long as he could remember.

Likewise, Taqiuddin too goes by a shortened version of his name.

“Since young, I’ve come up with nicknames for myself so it makes it easier for other people to pronounce my name,” the 28-year-old scientist said.

“Q was also a nickname given by one of my teachers because when I introduced myself, she thought it was a mouthful to pronounce and that Q was more glamorous,” he continued.

But when it comes to self-imposed solutions, no one tops Yueh Nyng’s story when she was little. 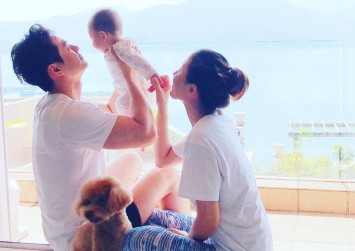 Having just moved into a new place, her neighbours actually knew her as Stephanie instead of Yueh Nyng.

She went on to explain that as a child, she’d always wanted to have a Western name.

This then led her down the path of deciding to be a Stephanie in her younger days.

These days, the 24-year-old digital account executive proudly chooses to go by her birth name – unless she’s at Starbucks.

To quicken the ordering process, she goes by whatever Western name that pops first in her mind!

For many, what happens when you don't know how to pronounce someone's name?

For Sarveshvaran, it’s all about being courteous, especially in the context of meeting someone for the first time.

Yueh Nyng agrees and likes it when people ask her how her name is pronounced.

“Because it shows that they are interested in trying to learn and understand,” she added.

The next time you come across a name unfamiliar to you, consider asking the person politely first.

Making a conscious effort to pronounce names correctly is often a good start.