Jail for company director linked to investors who lost more than $700,000

Doris Tan Stephenson, who used to be known as Clara Tan Lisin, speaking to The New Paper while in the US back in 2015. She ran an operation in which 29 people invested over $1 million to buy properties in the US. But they failed to receive their promised returns and lost more than $700,000.

SINGAPORE - A Singaporean director of two companies ran a "fly by night" operation in which 29 people invested more than $1 million in a pool to buy properties in the United States.

Doris Tan Stephenson, who used to be known as Clara Tan Lisin, made the investment decisions alone and there was no indication whether she met the minimum competency requirements, a district court heard on Thursday (May 30).

The investment scheme, known as the Capital Multiplying System (CapMS), was conceptualised in 2013 by Tan, director of the Singapore-based CTL Group and CTL Global, which was incorporated in the United States.

Later that year, CTL Group marketed the scheme offered by CTL Global to at least 29 investors in Singapore.

The case involved the first prosecution of such offences, said DPP Nicholas Khoo

Tan also admitted to a single charge of running a business dealing with securities without a capital markets services licence from the MAS.

DPP Huang said that as part of the CapMS scheme, the investors' monies were pooled together to buy a group of properties in the US.

Read Also
Accountant who embezzled $40 million a compulsive gambler who got a kick from placing $150,000 wagers 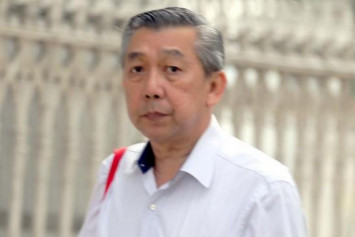 Profits would be generated by authorising CTL Global to perform tasks such as acquiring, selling and leasing these properties to tenants.

The investors, however, failed to receive their promised returns and 10 police reports were filed against CTL Group here. Singapore's Commercial Affairs Department started its investigation against Tan and her two firms in December 2017.

On Thursday, defence lawyer Jonathan Cho told District Judge Ng Peng Hong: "My client herself had sustained quite a significant loss, losing $3 million of her own."

He also said she had been betrayed by the people she trusted and one of the alleged parties was her attorney in the US, Mr Scott C. Cole.

Mr Cho added: "Even the most unlikely person - her US attorney - committed fraud behind her back by embezzling all her company's money and disappeared. All he left our client with was a huge burden to bear, and problems that were not even caused by her to begin with.

"Besides this, some time in November 2013, our client had also found out that her project manager with CTL Global, one Phillip Moore, had been embezzling renovation funds. He would submit bogus claims for the company to pay various renovation vendors, when in fact no renovation works were ever carried out."

Pleading for not more than six weeks' jail, Mr Cho said Tan had been too trusting and had "fallen prey to dishonest and opportunistic middlemen".

The court heard that there is now a civil suit in the US between Tan and the law firm allegedly linked to money which had been embezzled.