SINGAPORE - Four men involved in a Telegram group linked to a notorious website that facilitates the sharing of lewd videos and images were arrested by the police, with one of them slapped with a prison sentence on Wednesday (Dec 15).

Lincoln Anthony Fernandez was sentenced to eight weeks' jail and given a fine of $20,000 after he pleaded guilty to two counts of transmitting obscene materials via electronic means and one count of being in possession of obscene films.

The 31-year-old Singaporean was part of a group linked to the 20-year-old website "Sammyboy".

Over the years, a number of men who shared images on the website had been hauled to court over charges that included insulting a woman's modesty and transmitting obscene materials.

One of them even posted images of his own family members and church friends.

In the current case, Deputy Public Prosecutor Bryont Chin said at least two Telegram chat groups were linked to the website, including the one Fernandez was involved in.

Users accessed the groups via hyperlinks posted on a forum on the website.

DPP Chin said Fernandez had joined the group in late 2017.

Sometime in 2019, he sent three obscene pictures via the Telegram messaging service to members of the group, which had around 25,000 members. 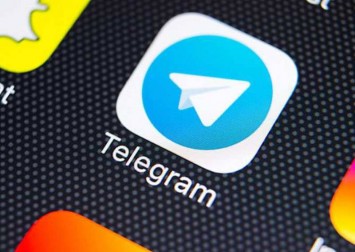 The following month, officers went to Fernandez's home where they found 118 obscene films.

Court documents do not disclose if the woman or anyone she knows had their intimate images unlawfully shared in the group.

Images shared by group members included "videos of sexual acts which were exploitative to the women involved as they were circulated on the platform without consent", police had said in an earlier statement.

Fernandez is the first of the four men to be dealt with in court.

On Wednesday, Fernandez's bail was set at $5,000 and he was ordered to surrender himself at the State Courts on Jan 3 next year to begin serving his sentence.