If there was a shortfall in the number of security officers deployed at Takashimaya Department Store, Takashimaya Singapore was entitled to issue claims.

SINGAPORE - A Singaporean in charge of Takashimaya's security department who accepted bribes was sentenced to 10 months' jail and ordered to pay a penalty of $42,500 on Tuesday (Oct 19).

Chan Kuen Thong, 64, who was also a senior divisional manager at Takashimaya Singapore, had engaged in a bribery scheme to cover up a shortfall in security officers at the department store, the Corrupt Practices Investigation Bureau (CPIB) said in a press release.

His duties were to source quotations from security agencies and ensure that the contracted agencies were providing services in accordance with their contractual agreements.

Investigations revealed that in 2016, he was tasked with sourcing quotations from security agencies because Takashimaya's existing security service provider was not able to fulfil the terms of its contract.

White Knights Security Services, one of three companies that responded, was awarded a one-year contract starting on Jan 1, 2017, based on Chan's recommendation.

Two additional two-year contracts were later awarded to White Knights, one on Jan 1, 2018, and the other on Jan 1 last year.

Under the contracts, White Knights was to supply Takashimaya with 18 security officers for the day shift and six for the night shift.

If there was a shortfall in the number of security officers deployed, Takashimaya was entitled to issue claims.

Investigations revealed that from the start of the first contract, White Knights director Mandhir Singh Karpal Singh faced a frequent shortfall of about three to five security officers for the day shift.

In the second week of January 2017, Chan complained to Mandhir about the shortfall, which had caused some security posts to be left unmanned.

Later in the month, Chan met Mandhir and asked to be paid $4,000 every month in return for not issuing claims for shortfall costs. 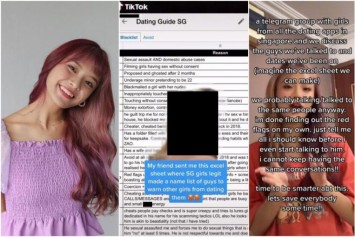 Mandhir, 30, agreed as it would not only save White Knights between $12,300 and $20,500 each month based on the average shortfall of three to five security officers, but also save him the trouble of having to find more security officers for deployment at the department store.

It would also help him continue to secure contract renewals with Takashimaya.

In return, Chan did not issue claims for shortfall costs.

For giving and accepting gratifications, the two men were charged on March 17 this year under the Prevention of Corruption Act.

On Aug 16, Mandhir, a Singapore permanent resident, was sentenced to 10 months' jail for corruption.

CPIB said Singapore adopts a strict zero-tolerance approach towards corruption and that companies are strongly advised to put in place robust procedures in areas such as procurement and internal audit to prevent falling victim to corrupt acts by their employees.

Guidance for companies on measures to prevent corruption can be found in Pact: A Practical Anti-Corruption Guide for Businesses in Singapore, available on CPIB's website.