Election officers on Sept 10, 2015, setting up the polling station at Pei Chun Public School, a day ahead of Polling Day that year.

SINGAPORE - Singaporeans could go to the polls in June, said political observers, noting that this was the earliest possible window for the general election after the introduction of a Bill setting out arrangements for an election during the Covid-19 crisis.

The Parliamentary Elections (Covid-19 Special Arrangements) Bill, introduced by Minister for Trade and Industry Chan Chun Sing in Parliament on Tuesday (April 7), lists measures that must be taken for safe conduct of an election during the coronavirus pandemic.

While the Elections Department (ELD) has said the Bill forms part of contingency plans for the next general election and has no relation to its timing, the proposed legislation has provided fresh indications of when the polls might take place.

Experts noted that the Bill's passage is a necessary step before the general election, which must held by April 14 next year.

Singapore Management University law don Eugene Tan said the proposed legislation is set to be debated at the next Parliament sitting - which is likely to be next month - before it is passed.

The Bill becomes law when it is assented to by the President. A notice is then published in the Government Gazette specifying the date it comes into force.

The release of changes to electoral boundaries last month had raised expectations that the elections were imminent.

Political parties have been introducing potential candidates to voters, and experts said the polls could be held as soon as next month.

Associate Professor Bilveer Singh from the National University of Singapore said Parliament will likely be dissolved and a writ of election issued after the Muslim fasting month of Ramadan ends on May 24, which is Hari Raya Puasa.

"Economically and politically speaking, the $60 billion in support packages has generated a lot of goodwill from the public," said Prof Singh, referring to the three separate tranches of support measures by the Government to deal with Covid-19.

Political observer Mustafa Izzuddin reckons the election is unlikely to be held next year as "it is not a common practice for the government to hold the election the year it is due". 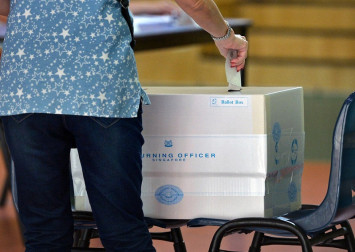 Political leaders have also given indications that they would prefer to hold the election sooner so they can focus on "battling the pandemic, bringing back normalcy to Singapore, and ensuring the economy picks up quickly and jobs are protected post Covid-19", said Dr Mustafa.

But Prof Tan added the caveat that while June may be the first window for the GE, this was contingent on whether "circuit breaker" measures - the severe movement curbs that kicked in on Tuesday until May 4 - manage to slow down the rate of Covid-19 infections.

"That is the first box that has to be checked," he said.

"If infection numbers are still high, Singaporeans may well take the view that an election is an unnecessary risk to take and the People's Action Party government is putting public health at risk. That could backfire on the ruling party."