Lawyer Lee Suet Fern added that any member of the public can obtain the entire record of the closed-door proceedings of the tribunal from the Law Society.

SINGAPORE - Lawyer Lee Suet Fern has responded to a tribunal that found her guilty of misconduct in the handling of late founding Prime Minister Lee Kuan Yew's will, saying that she disagrees with its report and intends to "fight this strongly when it is heard in open court".

She added that any member of the public can obtain the entire record of the closed-door proceedings of the tribunal from the Law Society.

"I urge the public to look at these and come to their own independent conclusions," she added.

"I am deeply grateful to them," she said.

The Straits Times reported on Sunday that the disciplinary tribunal had found Mrs Lee, 61, guilty of grossly improper professional conduct in how she handled Mr Lee Kuan Yew's will. He died on March 23, 2015 at the age of 91.

When contacted by ST last week for the piece, Mr Lee Hsien Yang had declined to comment.

On Sunday, his sister, Dr Lee Wei Ling, called the tribunal's report a "travesty", adding that it was an attempt to "rewrite history". 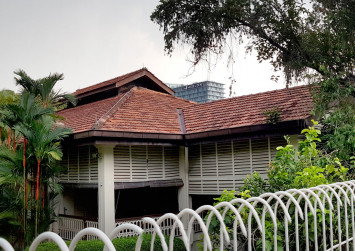 Both the Law Society, which prosecuted the case, and Mrs Lee's lawyers then made their respective cases in front of them.

The ensuing 206-page report from the tribunal described Mrs Lee as a "deceitful witness, who tailored her evidence to portray herself as an innocent victim who had been maligned".

Calling this a "facade", the tribunal added that "she lied or became evasive whenever she thought it was to her benefit to lie or evade".

"He tried to hide how he and his wife had misled his own father, Mr Lee, on the last will. He had no qualms about making up evidence as he went along. We found him to be cynical about telling the truth," it added.

The tribunal said the facts exposed an "unsavoury tale" of how the couple persuaded the late Mr Lee to sign a new will without his usual lawyer Ms Kwa Kim Li to advise him.

Read Also
AGC succeeds in applications; Li Shengwu must appear in court to be cross-examined 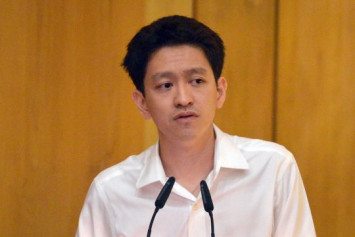 "They cut off that lawyer from communications with Mr Lee on the last will, and rushed through the execution of the last will, in her absence," the report said.

Mrs Lee took over as the lawyer to prepare the last will and "misled Mr Lee on the terms of the last will". The tribunal said Mr Lee was persuaded to sign the last will in a matter of 16 hours. Mrs Lee had sent a draft of it to him at 7.08pm on Dec 16, 2013. He signed it at 11.10am the next day.

The last will differed from the one before it, and from some changes that Mr Lee had wanted and discussed with Ms Kwa four days earlier.

Mrs Lee, the tribunal said, "gave the briefest of advice to Mr Lee, and did not alert Mr Lee to all the differences between what Mr Lee had earlier wanted and what the last will actually provided for".

Among other things she told the tribunal, she denied she was Mr Lee's lawyer and said she was helping as a family member and Mr Lee's daughter-in-law.

She also testified that she had followed her husband's instruction as she was an "obedient wife".

The matter will be referred to the Court of Three Judges, the highest disciplinary body to deal with lawyers' misconduct.

She could face a fine, suspension or could be disbarred as a lawyer.