A young lawyer hoping to improve her chances of getting a job in the Singapore Legal Service submitted a forged transcript that reflected better grades in 2013. The 25-year-old did not land the job.

Yesterday, Ms Jaya, now 30, was struck off the rolls.

Called to the Bar in July 2012, she had not applied for a practising certificate since August 2014.

The Law Society referred her case to the Court of Three Judges, which can suspend or disbar lawyers, after she was fined $10,000 in January last year for using forged documents.

Handing down the court's decision to strike her off, Judge of Appeal Tay Yong Kwang said her conduct showed "a consistent trend of resorting to dishonest means" to get the job she wanted.

"We do not see how being consumed about wanting a particular career mitigates the offences of forgery of one's academic credentials," he added.

The court, which also comprised justices Belinda Ang and Quentin Loh, said the criminal acts were "grave and indefensible" but noted that Ms Jaya was capable of change.

"During the coming years, she will have to reorder her young life, refocus on what is truly important, show the fruits of repentance and make a good case for the court to reinstate her as an advocate and solicitor some time in the future."

Ms Jaya graduated from NUS in 2011 with a Second Class (Lower) law degree. After she was called to the Bar, she was retained at a large law firm. 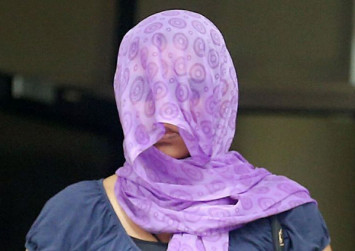 In January 2013, she applied to the Legal Service Commission (LSC), submitting a doctored transcript that reflected better grades for 21 out of 27 subjects. She landed an interview but was not offered a job.

In October 2016, she altered her degree to state that she had a Second Class (Upper) degree, as well as her transcript to reflect better grades for 18 out of 27 subjects.

When the LSC secretariat contacted her to seek her consent to ask NUS for her class and and percentile rankings, she declined.

Asked about the differences in the documents for both applications, she claimed she had "mis-scanned" them and might have mixed up the documents with a friend's.

That evening, she e-mailed her genuine documents to the secretariat, which made a police report.

Yesterday, the Law Society, represented by Ms Smitha Menon, asked for a striking off, which is typically warranted when lawyers are convicted of offences involving dishonesty.

Ms Jaya's lawyer, Mr Abraham Vergis, sought a suspension, arguing that she was "redeemable". He told the court that she was young and inexperienced at the time and that she was motivated by her dream to pursue a career in international law.