SINGAPORE - At least three people in Singapore were found to be infected with Candida auris, a deadly drug-resistant fungus that has been spreading worldwide.

One patient recovered, another left Singapore against medical advice, and the last died.

C. auris is resistant to major anti-fungal medications and is especially deadly for patients with compromised immune systems, the New York Times reported. 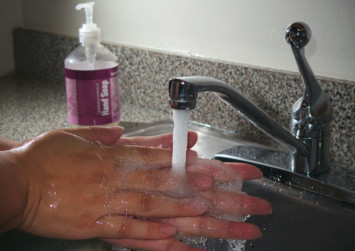 According to the United States Centres for Disease Control and Prevention, it kills about half of all patients who contract it within 90 days.

The first case in Singapore was detected in a 52-year-old Singapore-born woman who suffered several limb fractures following a traffic accident in India in 2012.

She was treated at an Indian hospital and later transferred to a hospital here for further treatment.

The fungus and other organisms were detected in her fractured right thigh bone, or femur. She was given several medications, including antibiotics and an antifungal medication called fluconazole.

The fungus was later found to be resistant to fluconazole, but the patient was not given other antifungal drugs as she was recovering well and was later discharged.

Read Also
Do surgical face masks really help prevent you from getting or spreading the flu? 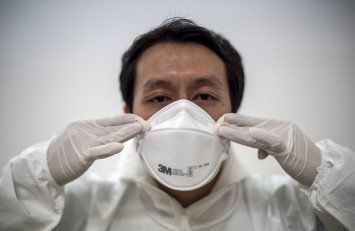 The second case involved a 24-year-old Bangladeshi man who came to Singapore for medical treatment in 2016. He had been admitted to three hospitals in Bangladesh for a metastatic carcinoma, a type of cancer. He was given chemotherapy in Singapore but was later found to have fluconazole-resistant C. auris in his bloodstream.

Another antifungal called anidulafungin, which was effective against the fungus, was prescribed. However, the man later returned to Bangladesh against medical advice after just 10 days of treatment here.

The last case involved a 69-year-old American man who suffered an infection that exacerbated his chronic obstructive pulmonary disease (lung disease) while touring Bangladesh in late 2016.

The man was admitted to the intensive care unit of a hospital in Bangladesh, where he was treated with antibiotics, and was transferred to Singapore in early 2017. He suffered further complications, including cardiac arrest. C. auris was later found in his blood.

No antifungal treatment was given following discussions with the patient's family. He was given palliative care and eventually died.