SINGAPORE - The brother and sister of Prime Minister Lee Hsien Loong said on Tuesday that a ministerial panel's declarations about the future of a home lived in by their late father, Singapore's founding father Lee Kuan Yew, were inaccurate.

In a sign that a family feud over the property may be far from over, they criticised a report published by the committee on Monday(April 2) which laid out three options for the house: preserving it as a national monument, preserving part of it, or demolishing it.

Prime Minister Lee's younger brother, Lee Hsien Yang, who owns the property, and sister Lee Wei Ling, who still lives there, want the house to be eventually demolished in accordance with what they say were their father's wishes as stated in his will. 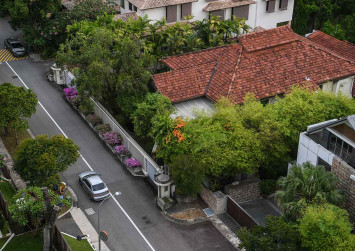 But the prime minister last year questioned whether his father really wanted the home at 38 Oxley Road, near Singapore's bustling Orchard Road shopping district, to be knocked down. He has said he has recused himself from government discussions on the matter.

"It is clear that our father was not endorsing alternatives to demolition," the siblings said in a joint statement on Facebook. "The Committee's statement does not accurately represent Lee Kuan Yew's wishes."