Speaking on his plans for the Trust's Chinese Media Group (CMG), he set out four key areas to address — making content more suitable to younger readers, using digital technology to more effectively bring good content to readers and listeners, recruiting and retaining talent to bolster operations while ensuring salaries are market-competitive, and to systematically strengthen the skills of its journalists.

Mr Khaw said the papers have to follow their readers and potential subscribers by staying relevant to their digital habits.

For example, with the rise in popularity of social media platform TikTok, the Chinese papers ought to establish their presence in this new channel to increase influence and dissemination.

Failure to keep pace with netizens' digital habits will mean a continuing decline in relevance, he said.

He added that serious investments in technology, hardware and software, and digital skills have to be acquired and strengthened to create first-class digital products that will attract and retain the digital audience.

These are enablers, without which the best content from the best newsrooms will fail to reach the intended audience, said Mr Khaw.

For Lianhe Zaobao, as it transforms into an all-rounded news platform, it has to play its role well as a key regional Chinese newspaper and continue to cultivate its content and tap the value of the unique Singapore perspective.

"There is a demand for the Singapore perspective because we are a rational, neutral player, and a successful political player in the world," said Mr Khaw, who reads Zaobao as well as The Straits Times and other overseas papers regularly. 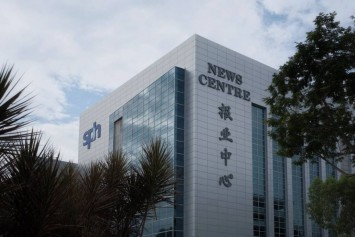 "It is in our interests for Singapore's views to be understood in the region. It will be good for our businessmen and our professionals working in the region," he added.

He noted that providing content that people want to read and find useful is the basic requirement for any media, but that doing so does not mean sensationalising the news to draw eyeballs.

"We have to be mindful of divisive voices and do our best to help bridge, rather than fan anger and division for the sake of eyeballs," he said.

Mr Khaw also said the role of Zaobao is not just as a newspaper, but that among the Chinese population, it has an important role of promoting the Chinese language.

He said: "On this mission, Zaobao is an important partner of the Ministry of Education. We share a common interest to ensure that our young view the Chinese language beyond an examination subject.

"It is to be used daily, as a way of life, as a bridge to our rich cultural heritage."

Lianhe Wanbao to be merged with Shin Min Daily News

In the interview, Mr Khaw also said that evening daily Lianhe Wanbao will be merged with its evening counterpart, Shin Min Daily News, from Dec 26, with its last edition on Christmas Eve. Christmas Day, or Dec 25, is traditionally a printing holiday.

Mr Khaw said that with digitalisation resulting in an increasing demand for instant access to news, it makes less sense to have evening papers, and most regional evening papers have folded.

The merger will also be in tandem with efforts to help more elderly readers pick up digital ways of reading the news.

Mr Khaw noted that local media faces the same financial and resource pressures as media in other countries do to close their evening papers, but that in consideration for the reading habits of the older generation, SPH Media Trust's Chinese Media Group decided on a two-pronged approach to address the challenge.

The first way is to consolidate resources by delivering only one evening paper, while the second is to help senior citizens learn and get accustomed to using tablets and other technology to read the papers, so that no one will be left behind in the Chinese newspapers' push towards digitalisation.

"They need guidance to learn to adopt technology, and need time to transition," he said.

"We must try to help every person, and understand the readers, what they are afraid of, because to change an old habit needs time and is a process."

Under the merger, Wanbao's resources and part of its content will be transferred to Shin Min.

Wanbao has been in circulation for the last 38 years, while Shin Min is celebrating its 55th anniversary next year.

Chinese Media Group head Lee Huay Leng said that in making the decision for the merger, two things were considered - the limited supply of local talent working in Chinese media and the shrinking market for hard-copy papers while both evening papers had increasingly overlapping content.

Mr Khaw's remarks come in a time of change for the local media landscape.

SPH Media Trust, a company limited by guarantee (CLG), will take over Singapore Press Holdings' media business in December. The CLG is a profit-making commercial venture with profits reinvested in the business.

In May, mainboard-listed SPH announced that it planned to hive off its media business to a CLG as part of a company-wide strategic review.

Read Also
Keppel in $3.4b deal to privatise SPH after media business is hived off 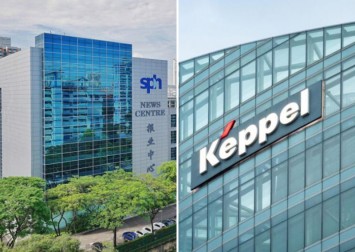 On Sept 10, SPH shareholders approved the plan. Details of the transfer to the CLG are now being worked out.

When asked why there is still a need to appeal for donations and support from the public, given that the Government has pledged its support for the CLG, Mr Khaw said the Government's support is to help in digital transformation as SPH has not invested sufficiently in that space.

"We have a lot of ground to catch up. This requires serious investments in technology, product development and digital skills acquisition," said Mr Khaw.

While the Government will help in this, as it regularly does with other economic sectors, its grants will not be sufficient to fully cover operating cost.

He said: "We must continue to work hard to maximise subscription revenue and advertising revenue. We cannot do this alone. The community support is important to signal that they value this public good, and they appreciate the hard work of the newsrooms. They can do so in many ways."

He called for people to subscribe to the media products, and for businesses to continue to advertise on the platforms regularly.

He also called for donors to support media scholarships and other worthy causes through the SPH Foundation, and for philanthropists to help in inculcating news literacy among the young.

When asked on how to respond to readers who demand free-for-all news, Mr Khaw said it is the reality that most news will be free, but SPH Media Trust will strive to produce good insights and analysis that people are willing to pay to read.

"To create content that attracts paying subscribers requires quality newsrooms, with original articles and insights. And obviously, media talents have to be fairly compensated if we are to produce quality content," he said.