Products to be taken out of the Naiise outlet at Jewel Changi Airport on April 10, 2021.

SINGAPORE - Multi-label retailer Naiise may wind up, after years of payment delays to its vendors. It said on Friday (April 9) that it is closing its last store at Jewel Changi Airport.

Jewel Changi Airport confirmed to The Straits Times on Saturday that the retailer will be closing its outlet at the mall.

"A tenant has been found to take over the space and this will be shared when the store is ready to open," its spokesman said.

In a video posted on Facebook on Friday by debt collectors, Naiise founder Dennis Tay could be seen explaining that he is unable to pay back their client Bespoke Parfums Artisanaux, which said it is owed about $10,000.

Citing factors such as the Covid-19 pandemic and weak retail sales, Mr Tay explained that he was unable to honour the debt repayment plan he had promised some vendors due to a lack of funds.

Another man in the video who identified himself as Mr Tay's financial adviser added: "When a private limited (company) closes, the liquidator will split whatever assets we have."

Asked if Naiise was taking the path that department store operator Robinsons took, the man said: "It is exactly like Robinsons."

Last October, Robinsons said it had been put under a creditors' voluntary winding-up. Its creditors appointed restructuring specialist KordaMentha to undertake the process of winding up the firm. 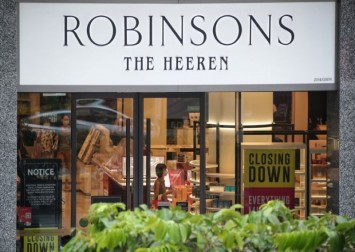 Naiise's decision comes after having owed hundreds of vendors payments for goods it sold on a consignment basis for years, with some vendors having complained of delayed payments since 2016.

The sums owed range from a few hundred dollars to tens of thousands. Even while it owed vendors money, the retailer continued to expand.

It had five stores here last year, having opened its Jewel Changi Airport and Paya Lebar Quarter outlets in 2019.

From January 2019, it managed the retail floor at Design Orchard, although it pulled out last July citing reasons such as the Covid-19 pandemic's impact to the economy and its business. In the same month, it also shuttered its Paya Lebar Quarter outlet.

In an e-mail to some vendors last December, Mr Tay proposed a monthly repayment scheme, in which he would pay vendors about $200 each month from September 2021.

"We sincerely hope that you will be able to be patient with us through this current situation as we are badly affected by the entire downturn," said Mr Tay.

But vendors like Bespoke Parfums Artisanaux said Mr Tay soon fell behind on the repayments.

Shoppers whom The Straits Times spoke to at Naiise's Jewel Changi Airport outlet on Saturday were not surprised that the retailer was in trouble, given the current pandemic-induced economic climate.

Event organiser Ian Yip, 49, said Naiise had likely banked on a steady stream of business from tourists, having billed itself as the retailer with "the largest collection... of uniquely Singaporean souvenirs". But this evaporated after Covid-19 put a stop to air travel.

"Before Covid-19, Naiise would have relied quite a fair bit on tourists who stop by its store to buy souvenirs after passing through Changi Airport," said Mr Yip.

A Jewel Changi Airport spokesman told ST that with Singapore's borders still largely closed to many countries, it was cognisant of the tight market conditions faced by its tenants.

Read Also
Travel bubbles depend not only on Covid-19 vaccination: Gan Kim Yong 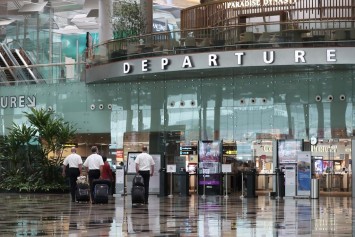 "Even as some tenants may have had to exit the market due to systemic reasons and weak business conditions, Jewel continues to refresh and rejuvenate the retail and dining offerings for our guests," it added.

Meanwhile, more than 180 vendors have joined the Facebook group Naiise Vendors, where discussions are taking place on ways to recover sums owed, such as hiring debt collectors, going to the Small Claims Tribunals and taking legal action.

But many vendors ST spoke to know there is no guarantee they will get their money back.

Ms Melissa Lam, founder of Bamboo Straw Girl, had obtained a Small Claims Tribunals order which requires Naiise to pay her the nearly $5,000 it owed her by January.

She has still not been paid, and is unsure whether or not to enforce the court ruling through a writ of seizure and sale of its property.

"Naiise doesn't actually own the items in its store. Even the space is rented out; it doesn't have a permanent location," she said.

Meanwhile, another local brand, Freshly Pressed Socks, said that it has yet to be paid the $1,300 owed since last January, when it decided to end its relationship with Naiise.

It is also missing another $2,500 for 850 pairs of missing socks that were not accounted for even after it retrieved its stock from Naiise's office in Kallang Baru, which has since closed down.

"We have written off the chance that we will get paid. The invoice for the missing socks was never acknowledged by Naiise," said Freshly Pressed Socks co-founder Vincent Teo.

Naiise continues to operate its website, which ST understands pays vendors instantly whenever a sale is completed.

Although Naiise owes him about $15,000 since he started selling through it in 2015, Mr Ong Yin Hao, co-founder of Nom Nom Plush, said he decided to continue listing his food-themed cushions on Naiise's website.

Having his products listed on Naiise helps keep inventory costs low and reduces his need for warehouse space.

However, Mr Ong said he has not ruled out hiring a lawyer to recoup his losses, although he will do so only if a sufficient number of brands jointly split the legal costs.

"If we band together, the lawyer fees go down. With numbers come strength," he said.