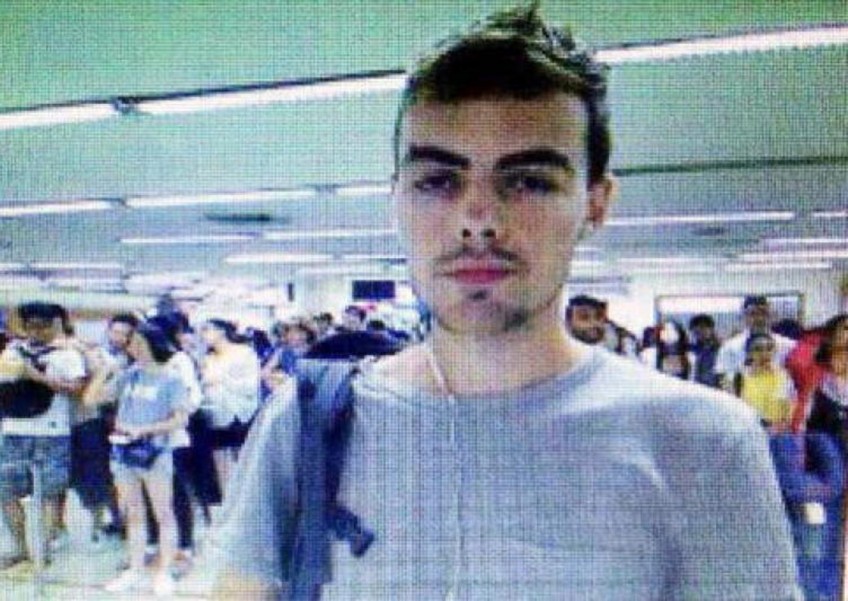 SINGAPORE - Singapore has cleared another legal hurdle in its bid to extradite Canadian national David James Roach, 28, to face charges for allegedly robbing the Holland Village branch of Standard Chartered Bank in 2016.

In a hearing held in London on Wednesday (Aug 29), the Westminster Magistrates' Court said the requirements for Singapore's extradition request for Roach have been met.

The case has been sent to Britain's Secretary of State for a decision on whether Roach is to be extradited, said a statement from Singapore's Ministry of Home Affairs (MHA) and the Attorney-General's Chambers last night.

"The Singapore authorities are working closely with the UK authorities on the next steps in this matter," added the statement.

Singapore has an extradition arrangement with Britain.

Legal experts say it is normal procedure for Britain's executive branch to have the final say on extradition requests, and they point out that there are still avenues for Roach to appeal against any decision to extradite him.

According to Britain's Extradition Act, Roach can appeal to a higher court, said National University of Singapore law professor A. Kumaralingam.

"The court has given the green light for the legality of the extradition and now the final decision lies with the Secretary of State," said Prof Kumaralingam.

According to the Act, the Secretary of State must make a decision within two months. And unless there is an appeal, the person must be extradited within 28 days of the extradition order.

If Roach is extradited to Singapore, he will face charges for the July 7, 2016, robbery, where he allegedly handed the bank teller a note with his demands, then fled to Bangkok with the money the same day.

He was arrested at a backpacker's hostel three days later, and was held in remand in Bangkok.

He served a 14-month sentence in Thailand for violating money laundering and Customs laws before being deported from Bangkok to Canada.

He was in transit in London when he was arrested by the British authorities after Singapore made a request. He has been held in Britain since Jan 11 this year.

In February, Roach attempted to contest his extradition to Singapore in the London court.

Later that month, Singapore gave the assurance to Britain that Roach would not be caned even if he is convicted of robbery, a crime which carries mandatory caning here.

British laws prohibit the authorities from extraditing Roach without such an assurance. Britain abolished caning as a punishment for criminals in 1948.

Roach's extradition to Singapore was sought on one count of robbery under Section 392 of the Penal Code, which can carry a maximum of 10 years in jail and at least six strokes of the cane.

Another count of money laundering is also being sought under the Corruption, Drug Trafficking and Other Serious Crimes (Confiscation of Benefits) Act.

The MHA said earlier that the assurance was necessary or the British authorities would not have permitted the extradition.

It added: "The assurance does not mean a compromise of our sovereignty. Rather, it reflects that countries have differing views on crime and punishment."

Lawyer Terence Seah said it would be interesting to see how Singapore undertakes the no-caning commitment, should Roach be convicted of robbery.

In cases where caning is mandatory, such as robbery, the punishment can be avoided only if the charge is amended to one that does not require such a sentence, lawyers told The Straits Times earlier.

The Constitution also gives the President the power to remit part of the sentence, which could be another route for Singapore to fulfil its assurance not to cane Roach.