Longer jail term for Metro scion after appeal by prosecution 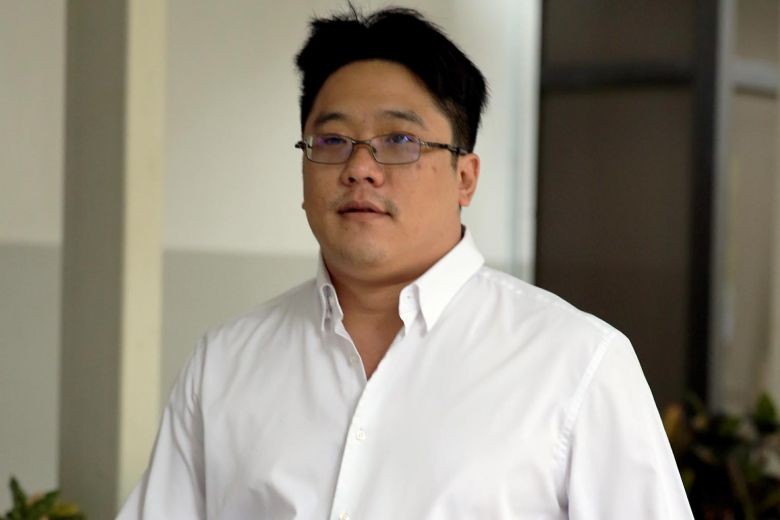 Ong Jenn, the scion of the family behind the Metro department store chain, had his jail term for attempted drug possession increased from two years to three yesterday.
The Straits Times

Metro family scion Ong Jenn, who was slated to be released from prison on Nov 10 and placed on home detention, will have to spend a longer time in jail for two charges of attempted drug possession.

Yesterday, the High Court increased his jail term from two years to three after allowing an appeal by the prosecution for a heavier sentence to be imposed on Ong, 43.

“There should be a clear signal of deterrence,” said the court, noting a recent increase in cannabis abuse.

The charges in the current case relate to a block of cannabis found on Ong’s drug supplier that Ong had agreed to buy for $5,000.

Ong was originally charged with two counts of abetment to traffic in 92.68g of cannabis and 385.1g of cannabis mixture. Prosecutors contended that Ong had ordered the cannabis with the intention of trafficking the drugs to others.

Following a six-day trial, Ong was acquitted in May last year. The trial judge accepted his explanation that the drugs were meant for his own consumption.

Ong pleaded guilty to reduced charges of attempted possession and was sentenced to two years in jail.

In July this year, prosecutors appealed against Ong’s acquittal on the original charges, which carry at least five years in jail and five strokes of the cane on each count. The prosecution also appealed against his sentence on the reduced charges.

Last month, the appeal against the acquittal was dismissed by Justice Hoo Sheau Peng.

She was not convinced by the prosecution’s argument that it was absurd for Ong to order more drugs for himself when he already had 360g of cannabis at home.

She found that Ong was a heavy user, with the means to buy drugs for his own consumption, and that the prosecution had not challenged his consumption history.

Yesterday, arguing in the appeal against the sentence, Deputy Public Prosecutor Kow Keng Siong proposed a sentencing framework for attempted drug possession, with starting-point sentences based on the quantity of drugs involved.

Based on this sentencing approach and the lack of mitigating factors, Ong should get at least three years in jail, the DPP argued.

But Ong’s lawyer, Senior Counsel Tan Chee Meng, said it was prejudicial to extend his client’s jail term when he was “on the doorstep of his release”.

Ong, who started his jail term on July 12 last year, was deemed suitable for home detention by the prison authorities due to his rehabilitation and good behaviour, said Mr Tan. Mr Tan highlighted that after his arrest, Ong kept himself off drugs after rehabilitation and counselling.

He has also been volunteering at a drug addict support group to encourage others to stay off drugs, said Mr Tan. However, Justice Hoo did not think this was a mitigating factor.

“His rehabilitation and other efforts were made only after his arrest and must be viewed against the almost 20-year history of drug consumption,” she said.

She also disagreed with the district judge who initially sentenced Ong that he should be given a sentencing discount for pleading guilty.

Separately, Ong faces a second set of pending charges for the cannabis that was found in his home.