SINGAPORE - Low-income families from next year may only have to pay $3 for full-day childcare, even as the monthly household income ceiling for additional childcare and kindergarten subsidies is raised to $12,000.

These are all part of efforts to make it more attractive for Singaporeans to marry, procreate and raise children.

Measures to be rolled out include more government co-funding for assisted reproductive technology, an increase in pre-school subsidies across the board, and lower fee caps for anchor operators and partner operators that run pre-schools.

Manpower Minister Josephine Teo, who oversees population matters, Minister for Social and Family Development Desmond Lee and Senior Minister of State for Health Amy Khor announced the measures on Wednesday (Aug 28) during a visit to the My First Skool pre-school in Punggol.

With the higher subsidies, more families from next year could find themselves paying between $3 and $390 a month for full-day childcare at pre-schools run by anchor operators that charge monthly fees of $770 (after Goods and Services Tax).

The amount of subsidy they can receive depends on their income.

With the measures, eight in 10 young children should have a place in more affordable government-supported pre-schools by around 2025.

Read Also
Forget the jubilee rattle, pay for pre-school instead 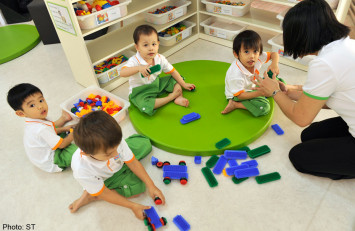 This is broadly similar to the proportion provided for by the Government in the housing and healthcare sectors. For instance, more than 80 per cent of the population live in Housing Board flats.

Mr Lee said fee caps at government-supported pre-schools will also be lowered, as their share of the pre-school sector expands over time.

In time, this would allow working families with a child in full-day childcare to pay about $300 per month.

For a start, the fee cap for partner operators running childcare will be lowered when the new five-year term for the scheme starts in January 2021.

In 2021, the partner operator scheme will also be expanded to more childcare operators beyond the existing 23. It will also for the first time include a small number of kindergartens which offer quality programmes.

Elaborating on plans to make pre-school more affordable, which were announced by Prime Minister Lee Hsien Loong at the National Day Rally on Aug 18, Mr Desmond Lee said that the subsidy amounts for families at different income tiers will go up.

As such, a dual-income family earning $8,000 per month will pay $280 for monthly full-day childcare from January next year, down from the current $470 they may be paying.

Read Also
The 20 most expensive preschools in Singapore 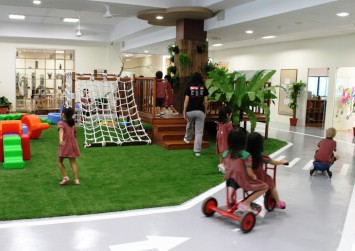 Low-income families will pay even less, with those earning $3,000 or less per month paying just $3 per month for full-day childcare at anchor operators, or $1 per month for Ministry of Education kindergartens.

Government spending on the pre-school sector is expected to more than double over the next few years.

Couples trying for babies will also get more support from January next year.

This comes as fewer couples tied the knot last year.

As couples marry and start trying for kids later, the Health Ministry will remove the age limit for women undergoing assisted reproductive technology (ART) treatments. Such treatments are now limited to women not older than 45 years old.

There will also be no cap on the number of cycles they can go for.

Women who are 40 years old and above will also get government co-funding for up to two of six ART cycles, as long as they had sought help to procreate before they turned 40.

Currently, this age group of women does not receive any government support for ART.

In addition, couples undergoing intra-uterine insemination (IUI) procedures - a less invasive fertility treatment than ART - will receive government co-funding of up to 75 per cent, capped at $1,000 per treatment cycle, for three IUI cycles.

Singaporean babies born in or after January 2020 will also not need to pay application fees for their first passports. The current fee is $70.

Parents must submit applications for their newborns online before their first birthday to enjoy the waiver.