LTA waives summons issued on unattended taxi after it emerged cabby was beaten up, seriously injured 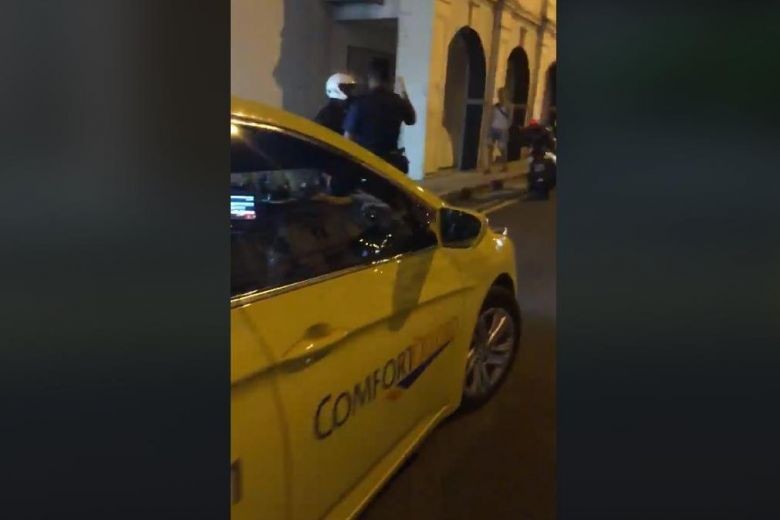 A Land Transport Authority enforcement officer had issued a summons on an unattended taxi before he realised that the driver was injured.
Facebook/Yang Shiming

SINGAPORE - The Land Transport Authority (LTA) has waived a summons that was issued on an unattended taxi, after verifying that the driver was injured at the time the summons was served.

A video of the incident by netizen Yang ShiMing had earlier emerged on Sunday morning (Oct 7) on the Singapore Taxi Driver Facebook page. He said in his post that the taxi driver was beaten up in Syed Alwi Road, after an incident in which two men on the road pushed a trolley towards the taxi.

According to Mr Yang, who quoted a passer-by's account, the taxi driver had stepped out of his car to talk to the two men after the trolley hit it. The two men then allegedly beat him up.

In the footage, an enforcement officer was seen typing on a device. Mr Yang is heard saying that he had already informed the officer of the taxi driver's injury, as the officer continued with his job.

In response to queries from The Straits Times, an LTA spokesman said: "At the time of issuing the summons, the LTA enforcement officer did not see the taxi driver on the scene, and therefore carried out his duties to issue the summons on the unattended taxi.

"The LTA enforcement officer was subsequently approached by a member of the public who informed that the driver of the taxi had been injured."

The LTA said it has since verified the claim and waived the summons.

"We wish the taxi driver a speedy recovery," the LTA added.

Ms Tammy Tan, group corporate communications officer of ComfortDelGro Corporation, told ST that the driver was seriously injured and that the company was already in contact with his family.

"Our priority is his welfare and we will assist him and his family the best we can. We are also assisting the police in their investigations," she said.

"We strongly condemn any form of violence or aggression towards our cabbies. In this instance, our cabby was seriously injured and we are already in contact with his family."

ST understands that the incident was linked to two arrests made in the Jalan Besar area early on Sunday morning.

Police said it was alerted to a case of affray at 1 Jalan Berseh on Sunday, at 5.07am. Two men, aged 28 and 29, were arrested in relation to the case.