Maid jailed for scratching the faces of two babies, causing one to bleed

SINGAPORE - A maid was so angry at being scolded that she scratched the employer's twin babies, causing one to bleed.

The 24-year-old Indonesian, who cannot be named in order to protect the children's identity, was jailed for 12 weeks on Monday (April 8) for assaulting a 14-month-old boy.

A similar charge involving the child's sister was considered during sentencing.

The children's 31-year-old mother employed the maid in November 2017, assigning her tasks that included taking care of the then newborn babies.

On Nov 10 last year, the children's maternal grandmother, 63, left the sleeping twins inside a stroller in the living room of their flat before going to the kitchen to prepare lunch.

The maid entered the room at around 10.40am, scratched the baby girl with her fingernails and ran back to her own room.

When the child started wailing, her grandmother coaxed her back to sleep before going back to the kitchen.

The maid returned to the living room about four minutes later. 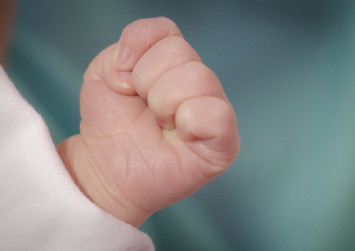 Deputy Public Prosecutor Ng Jun Chong said that she decided to scratch the baby boy as she felt that his sister "did not cry loud enough" to sufficiently "disturb" their grandmother.

The maid had made sure the grandmother was not looking and then scratched the boy's face before running back to her room.

When the grandmother went to the living room to attend to the crying boy, she saw scratch marks and traces of blood on the child's face.

She alerted her daughter, who used a mobile phone to watch footage taken from a closed-circuit television camera in the living room, which showed the maid scratching the boy.

The mother, who was at work, phoned the children's grandmother to speak to the maid about the incident.

The maid denied scratching the children when confronted by the mother, who lodged a police report later that day.

The maid later admitted that she was upset after the grandmother scolded her for not storing an ironing board properly.

She was also unhappy with the children's mother, who had earlier told off the maid after her family in Indonesia phoned the flat at night asking to speak to the domestic helper.

DPP Ng urged the court to sentence the maid to at least three months' jail, noting that she had abused the trust placed in her.

The maid, who was unrepresented, pleaded for a light sentence. The assault charge could have seen her jailed for up to two years and fined up to $5,000.