Singapore and Malaysia have finalised the settlement of compensation for the terminated HSR project.

SINGAPORE - Malaysia has reimbursed Singapore about $102.8 million for costs incurred in the failed high-speed rail (HSR) project, after the bilateral agreement was terminated.

In a joint statement on Monday (March 29), Singapore’s Transport Minister Ong Ye Kung and Malaysia’s Minister in the Prime Minister’s Department (Economy) Mustapa Mohamed said the two countries have finalised the settlement of compensation for the terminated HSR project.

Malaysia has made a payment of $102,815,576 (RM320,270,519.24) to reimburse Singapore for costs incurred for the development of the project, and for a further extension of the initial two-year suspension.

"The two countries reached an amicable agreement on the amount following a verification process by the Government of Malaysia. This amount represents a full and final settlement in relation to the termination of the Bilateral Agreement," said the joint statement.

"Both countries remain committed to maintaining good relations and fostering close cooperation for the mutual benefit of the peoples of the two countries."

In a Facebook post, Mr Ong said: "I am glad that we were able to close this chapter amicably, without affecting the good bilateral relations between our two countries.

"Looking ahead, there are many areas that we have opportunities to cooperate on. These include the issues Minister Vivian Balakrishnan discussed with leaders in Malaysia last week, such as the restoration of some air travel, which MOT will be very involved in, and also commuting via the Causeway."

Today, Dato' Sri Mustapa and I issued a joint statement, announcing the successful settlement of compensation for the...

On Jan 1, Prime Minister Lee Hsien Loong and his Malaysian counterpart Muhyiddin Yassin issued a joint statement to announce the termination of the HSR project. Malaysia had allowed the bilateral agreement to lapse on the deadline of Dec 31, 2020, after both sides could not agree to changes it had proposed.

Mr Ong had said in Parliament on Jan 4 that with the project's termination, Malaysia has to compensate Singapore in accordance with the HSR agreements, noting that the Republic has spent about $270 million on the project so far.

This compensation will include various abortive costs such as for consultancy services, design of infrastructure and manpower to deliver the HSR project. It will not cover land acquisition costs as the value of the land can be recovered, he said then.

In response to queries about the compensation, a spokesman for Singapore's Ministry of Transport (MOT) noted that the $270 million includes land acquisition costs. 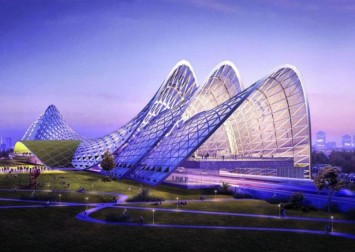 “Because the Singapore Government can recover value from the land we acquired, we are not seeking compensation for it. For example, one piece of land acquired will be used to develop the Integrated Train Testing Centre, which broke ground recently,” she said, referring to the former Raffles Country Club site.

“For the final compensation amount of $102 million, the bulk of it was computed and determined when we acceded to Malaysia’s request to suspend the project, and was stipulated in the HSR agreements.”

The planned 350km rail line, which both sides agreed to build in 2013, was to have run from a terminal station in Bandar Malaysia in downtown Kuala Lumpur to a terminal in Jurong East.

The HSR was slated to have seven stations, and would have cut travel time between Kuala Lumpur and Singapore to 90 minutes, compared with over four hours by car and about five hours end-to-end by air.

Both countries signed a legally binding bilateral agreement on the project in December 2016, witnessed by PM Lee and then Malaysian Prime Minister Najib Razak.

Singapore commenced work on the project, including appointing a firm to design its HSR infrastructure and later calling an international joint tender with Malaysia for an assets company.

But the project was later suspended at Malaysia’s request, after a change in the Malaysian government following the May 2018 General Election.

Then Malaysian Prime Minister Mahathir Mohamad, whose coalition defeated Mr Najib’s in the election, said the country made “a final decision” to drop plans for the HSR. He later backtracked on his earlier comments and said the HSR was temporarily shelved due to its high costs. 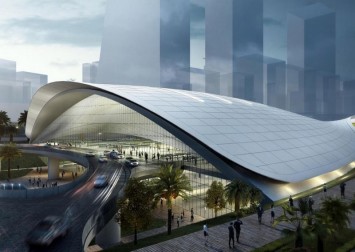 The two countries agreed in September 2018 to suspend the project for about two years, and Malaysia reimbursed Singapore $15 million for costs incurred by the deferment.

On May 31 last year, Singapore agreed to Malaysia’s request to further suspend the HSR project for seven more months till Dec 31.

Last November, Singapore’s MOT said Malaysia had proposed changes to the HSR, and Singapore was discussing them in good faith.

The project was terminated after both sides failed to reach an agreement by the final deadline of Dec 31 last year.

In January, Mr Ong told the House that Singapore could not accept Malaysia’s proposal to remove the project’s systems supplier and network operator.

Singapore saw the assets company as necessary to ensure that the interests of both countries are protected, and its removal “constituted a fundamental departure from the HSR bilateral agreement”, he said then.