KUALA LUMPUR - Malaysia will sign an agreement with Singapore on Wednesday to defer a planned high-speed rail link between the two countries, a person in Malaysia's government told Reuters, potentially ending months of uncertainty surrounding the project.

Prime Minister Mahathir Mohamad said upon election in May that he intended to cancel the project as part of a review of multi-billion dollar projects approved by the previous administration.

The invitation did not state the purpose of the letter signing beyond it being related to the rail project.

A person in Malaysia's government who was familiar with the discussions said the announcement would be about deferment of the project. The person gave no further details. 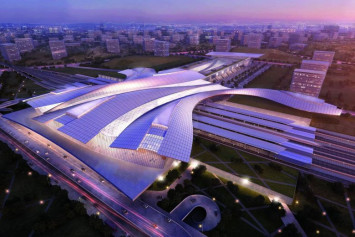 Malaysian media reported on Saturday that the neighbours had agreed to defer the project to May 31, 2020, at no penalty to either, to allow Malaysia time to review its finances.

On Monday, Azmin confirmed the project deferment for "a reasonable period".

In July, Singapore said it would seek to recover over S$250 million in costs incurred to date should Malaysia cancel the project.

Mahathir said Malaysia would negotiate a deferment of the project to reduce any burden of compensation.