SINGAPORE - A Malaysian woman was killed in a bus accident at Woodlands Checkpoint on Monday night (May 20).

In response to queries, police said they were alerted to the incident at about 11.40pm. The woman, 61, was pronounced dead by paramedics at the site.

The police said the bus driver, a 27-year-old man, is assisting with investigations.

The Straits Times understands that the bus is a Malaysian vehicle, and that traffic conditions at the checkpoint were normal at the time of the accident. 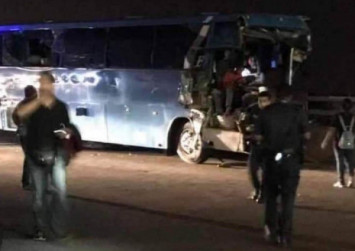 Facebook user Ming Shyan, who said he witnessed the accident, said the woman was running after the bus and trying to clamber on board. She then fell, and was run over by the bus.

"Those who want to catch the bus back to Johor, please remember, don't play with your own lives," he said.

Lianhe Wanbao identified the woman as Madam Yong Kong Fong. She worked at a restaurant in Singapore and was on her way home to Johor Baru when the accident occurred, the Chinese-language daily reported.

Madam Yong's family members said they found out about her death on Tuesday morning, when the police contacted them.

"Her phone was not switched on, so when we found out that she had not returned last night, we could not contact her," said the woman's sister, who was not named in the report.