Man, 48, fined for slapping boys who badmouthed his son

A 48-year-old man was fined $4,000 yesterday for slapping two boys after they had badmouthed his son.

The odd job labourer pleaded guilty to one count of voluntarily causing hurt. Two other related charges were taken into consideration. He cannot be named to protect the identities of the boys, all of whom are below 16 years old.

Towards the end of last year, the man found out his son was being bullied in school.

Then on May 13 this year, he received a phone call from his wife who said a group of youths were looking for their son. The man went to meet the group and learnt that the two boys, who were his son's schoolmates, had badmouthed him.

The next day at 1pm, the man used his son's phone to contact one of the boys, telling him to meet at a coffee shop at Block 526 Jurong West Street 52 by 3.30pm that day.

The boy went to meet the man with the second boy and they both initially denied badmouthing the man's son when he questioned them about it.

The pair then went to a playground at the same block, where the man confronted them again at 5pm. 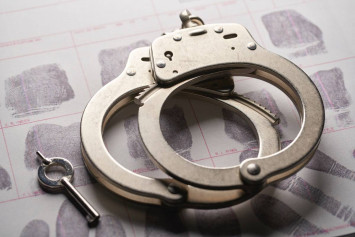 The man then slapped him twice on the cheek, warned him not to badmouth his son again and left the scene.

The man also admitted to making a rude gesture and shouting vulgarities at the boy, who did not seek medical treatment.

He also slapped the other boy once on the cheek during the confrontation.

The first boy made a police report the day after.

For voluntarily causing hurt, the man could have been jailed for up to two years, fined up to $5,000, or both.