Man, 70, jailed for molesting seven girls in under an hour

An elderly man went on a molesting spree at Clementi Bus Interchange earlier this year, groping seven girls in less than an hour.

He also molested three other victims on separate occasions with the youngest being 11 and the oldest, 22.

Yeo Kin Choon, 70, was yesterday jailed for 28 weeks on four counts of outrage of modesty, with another six similar charges taken into consideration.

He committed these crimes when he was out on bail for one of the offences in February.

Court documents showed Yeo's spree began at about 1pm on March 15 at Clementi Bus Interchange and ending at around 1.55pm.

At about 1pm, the first victim, a 12-year-old girl was walking with a classmate to the interchange from The Clementi Mall. Yeo, who was walking behind them, suddenly reached out and groped her. When she turned to look at him, he smiled and retracted his hand.

After that, he molested three more girls before groping another 12-year-old girl at about 1.45pm.

The girl was sitting on the ground at the interchange using her mobile phone when Yeo approached her. He bent over to point at her phone and pressed his hand against her chest three times before she stood up.

He molested two other 12-year-old girls after her. 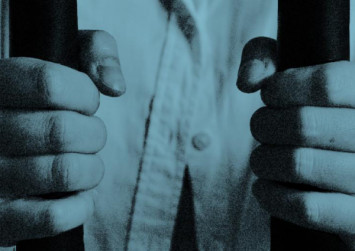 Outraged, the 14-year-old pushed him away and shouted. When passers-by came to her help, Yeo fled.

A psychiatric report also found no evidence of Yeo having any mental disorder.

"He's quite capable of physically moving around to cause harm to young female victims," he said.

The judge added the psychiatric report indicated Yeo was unrepentant and in denial.

His sentence has been backdated to March 16.