Man claims he was fined $200 with only one foot outside smoking area, NEA says he was outside

A man claimed that he only had one foot outside the designated smoking area but was fined $200 by the National Environmental Agency for smoking along Orchard Road on April 7, 2019. This image was widely circulated on social media.

SINGAPORE - A man has claimed that he was fined $200 on Sunday (April 7) by the National Environment Agency (NEA) for smoking along Orchard Road, despite having only one foot outside a designated smoking area.

But NEA clarified on Wednesday that he was outside the smoking area, going by its investigations and video footage.

The man, who goes by the name Apiz Mikaelson online, posted on Facebook that he did not know that he would be fined as he claimed he still had one foot within the delineated yellow box for smoking.

When an NEA officer approached him about the matter, the man said he told the officer he would move inside. But he was still fined $200 nonetheless, he said.

Read Also
Orchard Road No Smoking Zone comes into effect from Jan 1: 7 things you should know 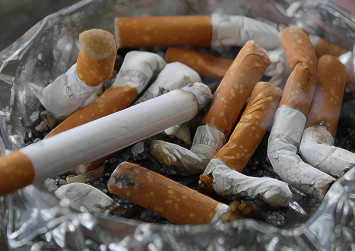 As of Wednesday afternoon, the man's Facebook account cannot be viewed publicly, but the contents of his post, including photos of his fine notice, were put up by online sharing platform Lion City Feed.

When contacted, NEA said that it has investigated the incident, reviewed the case and was satisfied that the actions taken by its enforcement officers were appropriate and in line with its standard operating procedures.

"Our officers had observed the male subject smoking outside of the designated smoking area and approached him, and he was cooperative throughout the engagement," said NEA's spokesman.

The agency added video footage showed that the man was smoking and standing outside the designated smoking area.

The man's account has raised some concerns among some netizens earlier. Facebook user Alex Chee said the incident was "absurd" and "totally atrocious", as he believed the man was not completely outside the smoking area. He said that the NEA enforcement officer should have advised the man first and only take action if he refused to move into the yellow box.

Some netizens thought the man was not in the clear. Facebook user Adrian Ng said: "...Don't give people a reason to fine you. You make it so easy. Be more observant (of) your surroundings. Why waste $200?"

Action will be taken against smokers seen holding a lit cigarette or smoking outside a designated smoking area, the agency said.

It added that in situations where there is not enough space in the designated areas, smokers are advised to wait until there is sufficient space to move in, or head to the next nearest designated smoking area.

"These are efforts that can be taken to reduce the exposure of second-hand smoke, and everyone can play a part by reminding smokers not to light up in places where smoking is prohibited, and to be socially responsible and considerate when smoking in public places," said NEA's spokesman.